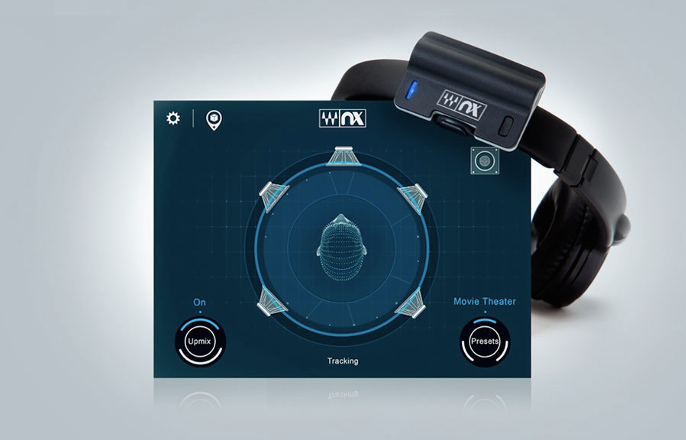 Audio plug-in company Waves Audio has launched a Kickstarter campaign for a new piece of technology the company claims will bring an immersive 3D sound experience to any old pair of stereo headphones.

Waves Nx consists of two parts: an app you install on your desktop or mobile device, and a Bluetooth head tracker that sits on the band of your headphones so it knows where the sound should be coming from in relation to your head’s postition.

Instead of just hearing sound directly through the left and right channels of the headphones, Waves says that the app simulates a real acoustic environment, with sounds coming from external sources and ambient sounds reflected from surfaces around you. Waves also says Nx will simulate the natural delay in sound between your  ears.

Unlike typical virtual 5.1 or 7.1 surround sound headphones, Waves claims the head-tracking technology creates a “realistic sound environment” that appears to be the audio equivalent of a VR headset, tracking your head in 360 degrees so the sound source will shift with your head’s position. It’s difficult to gauge how well the technology functions without testing it, but it’s easy to imagine it creating an immersive virtual gig experience if it works properly.

While the project has launched on Kickstarter to gain funding, the app itself has largely already been developed, being a new consumer-focused version of the existing Nx Virtual Mix Room plug-in that was released earlier this year for producers.

Currently, backers can claim the Nx app and head tracker from Kickstarter for the early bird price of $69, with a retail price of $99. If you want Waves to throw in a pair of headphones, there’s a reward going for $149 among many others, including some with the Nx Virtual Room plug-in as well as the standard Nx app.

Waves isn’t the only company making advancements in headphone technology. Last month a company called Nura launched a pair of headphones it claims measures your hearing to create the perfect sound for your ear.