The high-octane rhythm action game is released on October 13.

Thumper, the forthcoming music game from Lightning Bolt bassist Brian Gibson will be released on October 13 as part of the launch line-up for PlayStation VR, the new virtual reality headset for the PlayStation 4 console.

Described as “rhythm hell”, the game was announced last year with a pretty outlandish concept: “You are a space beetle. Brave the hellish void and confront a maniacal giant head from the future.”

Gibson already has plenty of experience creating video games. He worked on the original Guitar Hero game and Rock Band series at Harmonix, which led him to co-found his own studio Drool to develop Thumper.

Visually, the game has a lot in common with early Harmonix rhythm game Amplitude, which saw a spacecraft traversing six tracks that correspond to a different instrument. As well as being released on PlayStation VR, Thumper will be available on Steam.

Drool has also announced a collector’s edition of the game that comes with Gibson’s soundtrack on picture disc vinyl. The cover was designed by Robert Beatty, the artist behind the artwork for Tame Impala’s Currents. 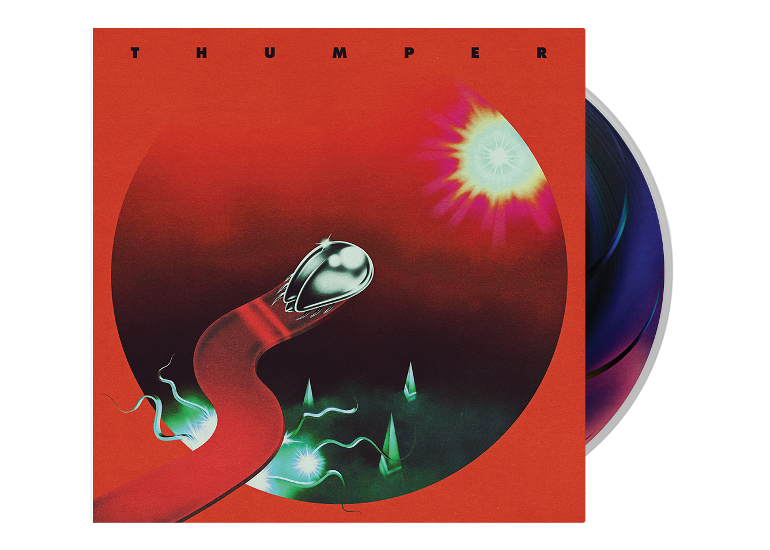 If you’re lucky enough to have pre-ordered a PlayStation VR headset for its launch on October 13 then the game itself will cost just $20. The collector’s edition costs $45 and comes with a code to download the game digitally.

Watch more footage of the game below via Polygon.