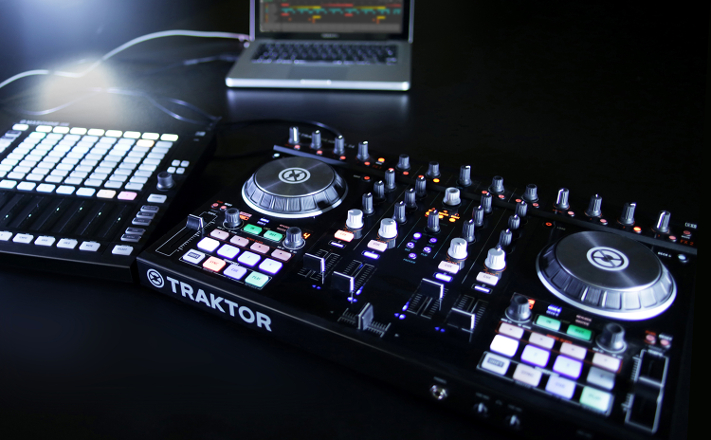 Collaborate on tracks without the need for MIDI cables.

Native Instruments has added Ableton Link compatibility to its Traktor and Maschine apps, meaning artists can easily jam together wirelessly.

The new feature means that users of Traktor and Maschine will be able to to get together in the same room with controllers such as the Maschine Jam and Traktor S4 and make music in sync over a wireless network, without the need to plug in MIDI cables.

According to NI, the new compatibility will allow for “seamless collaboration between multiple users and champion hybrid set ups between DJing and electronic music live performances,” which is demonstrated in the video below.

Ableton launched its Link technology in 2015, initially as a way for its Live software to sync wirelessly with other users of Live and compatible iOS apps. Since then it’s been adopted by other companies such as Serato and Propellerhead, though NI is the most high profile of Ableton’s competitors to adopt the technology.

Users will be able to make use of the Link compatibility with a free update to the Maschine 2 and Traktor Pro 2 software, which can be downloaded via NI’s Native Access app.

Earlier this month, NI announced that it had added integration for FL Studio and Bitwig Studio to its Maschine Jam controller, which was released in September.

Read next: How Ableton’s Link technology will change the way electronic musicians collaborate