Has music production been stuck in a nostalgia loop in 2016?

From the vintage synth fetishism of the Stranger Things score to the reboot of Roland’s TB-303, music production in 2016 seemed obsessed with the past. But as Scott Wilson argues, actual innovation in music tech is better than it’s been for a long time.

With the confusion and heartache of 2016, retreating to the past made things feel a little less difficult. One of this year’s most enjoyable nostalgia trips was the Netflix series Stranger Things, and not just because it felt like an old Steven Spielberg movie: Kyle Dixon and Michael Stein’s exceptional score took the influence of ‘80s synth soundtracks and created something both familiar and alien, a John Hughes-meets-John Carpenter comfort blanket made with vintage analog synths such as the Roland SH-101, Korg Mono/Poly and ARP Odyssey.

These synths and many others from the ‘70s and ‘80s have long been coveted by producers for their real analog circuitry in the the belief they offer a warmth you don’t get with digital counterparts. But they’re expensive for second-hand buyers, and for the past several years companies such as Roland, Korg and Arturia have been slowly revisiting and repackaging the technology of the past, with software, hardware that uses digital emulation, and new analog synths that don’t break the bank. Any artist inspired by Dixon and Stein can make their own approximation of the Stranger Things score if they want, and without having to spend the huge amounts it would require to buy the real thing. 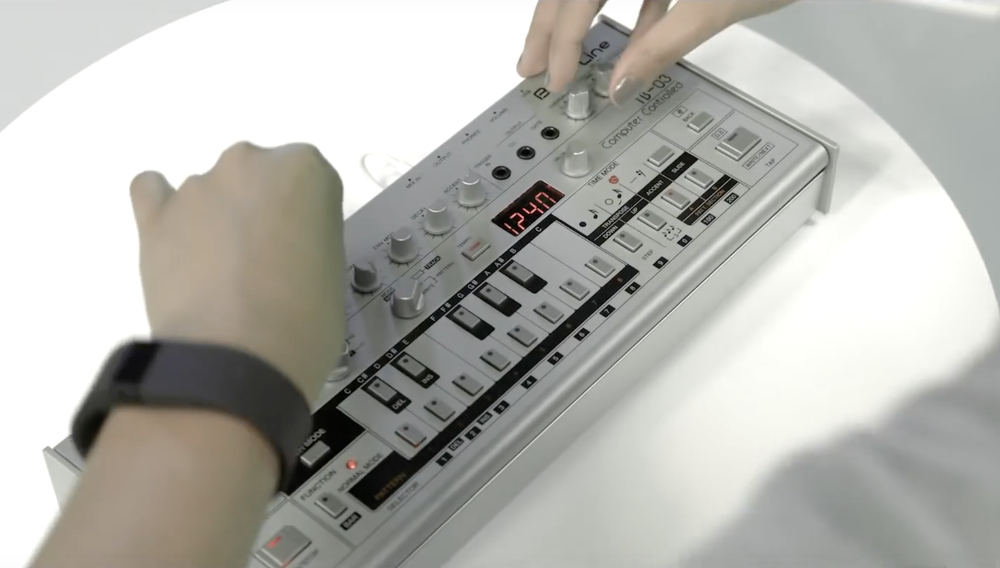 In 2016, this desire to revisit the past appeared to reach its peak. Arguably the biggest hardware launch in the world of music technology this year was Roland’s TB-03, a trimmed-down replica of a synthesizer it launched in 1982. The original TB-303, which it takes its cues from, is the bass synthesizer that accidentally created acid house, and it still holds a fascination for producers today. Pair it with a drum machine and it’s very easy to make great dance music. It’s fun, sounds great on a big sound system, and gets us away from the laptop screen. But is there any need at all for a new 303 in 2016? Or the replica of the 30-year-old drum machine that accompanies it?

In the right hands, there’s nothing wrong with vintage hardware or off-the-shelf replicas. Dixon and Stein aside, artists such as Aphex Twin and Legowelt continue to prove that you can create brilliant music from classic tools. But Roland and Korg’s obsession with the past doesn’t create much incentive to push technology or electronic music forward. This year, software companies such as Native Instruments and Output created new software synths capable of making very unusual sounds, but haven’t received anywhere near as much attention as Roland’s retro gear – because the 303 is put on a pedestal by those who covet the sound of a very specific era. It’s a similar story in video game technology with this year’s NES Mini: why would you buy a PlayStation VR headset when you can retreat back into the 8-bit worlds you visited as a child? 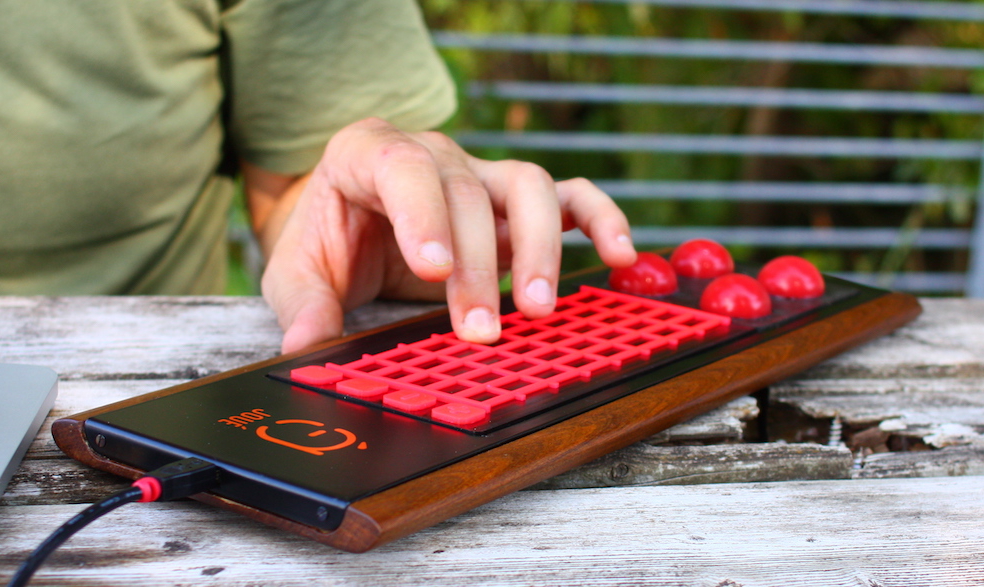 On the surface it seems as if we’re stuck in a nostalgia loop, but 2016 has actually been one of the most interesting years for music technology in some time. Outside of synthesizers, one the primary thing holding progress back has been controllers that use MIDI – a 30-year-old technology that isn’t anywhere near as expressive as a real acoustic instrument. However, this year saw an explosion in the number of devices that use a technology called multidimensional polyphonic expression (MPE), which adds extra dimensions of control to MIDI and allows the machine to register sideways and vertical movements as well as key hits – the kind of control you get with acoustic and stringed instruments.

MPE isn’t brand new: over the past few years we’ve had Roger Linn’s Linnstrument and the ROLI Seaboard RISE, keyboard-like controllers that can be stroked and pressed to create different sounds. but 2016 was the year it felt like it arrived as a serious technology. Keith McMillen Instruments and French startup Joué announced more affordable examples of this new wave of touch-based controllers, with Joué’s modular design allowing artists to build something that looks like a stringed instrument or piano with elements of a mixer. The days of MIDI controllers made up of drum pads and knobs appear to be numbered. 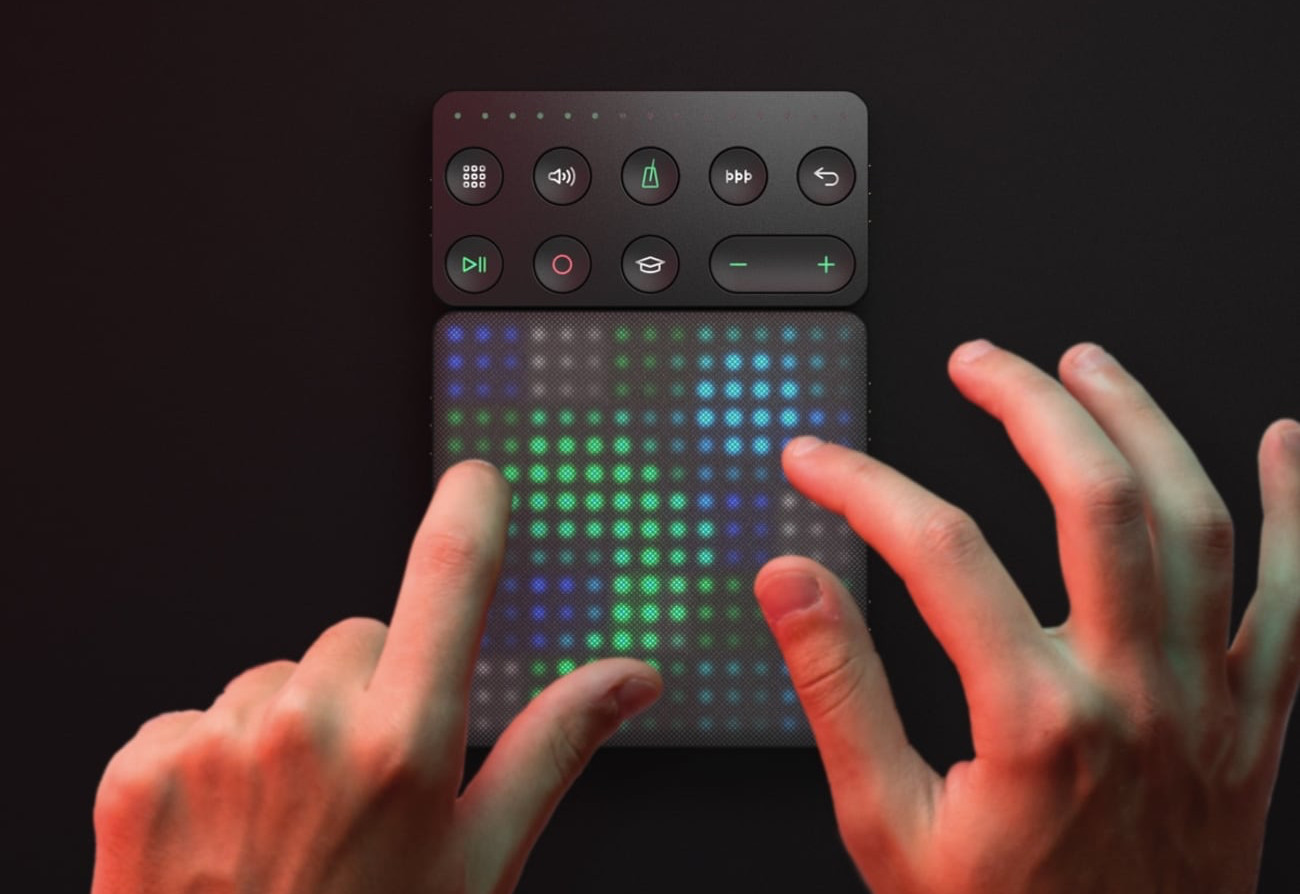 The idea of modular controllers was another big trend in 2016. Modular was formerly a word most associated with synthesizers, but this year startups such as Specialwaves applied the concept to controllers, allowing artists to create a solution that suits them. This year’s best ready-made controller was arguably Native Instruments’ Maschine Jam, but the ability to build your own instrument like Lego appears to be the next trend. London company ROLI took the modular concept to the masses with Blocks, a modular control system that dispenses with knobs and faders to be almost entirely controlled by a similar touch system . The system is built for use with its iOS all and is intended to be as beginner-friendly as possible – a far cry from the antiquated grey box of Roland’s TB-03.

Whether these new controllers turn out to be anything more than a gimmick remains to be seen. It doesn’t matter if you’re using a 30-year-old synth or a modular touchscreen controller system running with an iPhone – if it’s difficult to set up or hard to learn then it’s unlikely you’ll make music with it at all. Maybe this is why instruments like the TB-303 continue to resonate, because they only need to be turned on and plugged into headphones or speakers to work. Music technology may have looked backwards for its flashiest launches in 2016, but if that focus on nostalgia encourages curious newcomers to make music, there’s more than enough room for it to sit alongside new innovations.