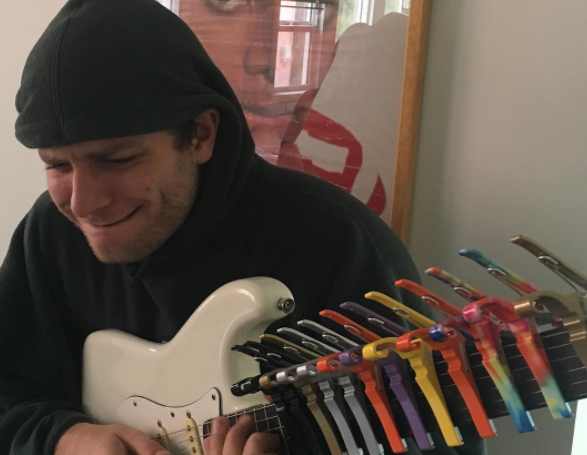 A new Mac DeMarco album could finally be on the way after the Canadian artist announced that he has completed mixing the record and shared a snippet of new music.

DeMarco toasted the achievement with a bottle of champagne in an Instagram post yesterday (December 27) that also paid tribute to Carrie Fisher, who died aged 60. “RIP Carrie, I’ll never forget ya, god bless,” he wrote. Fisher was known best for her role as Princess Leia in Star Wars, and DeMarco is a noted fan of the franchise.

Ariel Pink collaborators Shags Chamberlain and DeMarco’s girlfriend Keira McNally were tagged in the post, although their involvement with the album has not been detailed. No other details are known either, but if the snippet of music is anything to go by, don’t expect anything too radical a departure from the warbly chorus effect and capoed guitars that have come to define DeMarco’s sound. Let’s hope this ‘modified’ guitar plays some kind of role.

Although DeMarco released a mini-album of love songs called Another One in 2015, he hasn’t turned in a full-length since 2014’s landmark Salad Days – his second album, following 2012’s 2.