Sunfall 2017 lines up Larry Heard, The Black Madonna and Madlib

The first names have been announced for London’s Sunfall Festival.

Top of the bill is Chicago house icon Larry Heard, who will play his first live show in London for over 20 years. Other live shows come from Roy Ayers, Floating Points, Romare and breakthrough MC Princess Nokia.

As with last year’s debut, Sunfall is split between day and night events, with ticket holders picking an after party to attend as part of the price. Last year’s event saw night parties featuring Jamie xx, Kamasi Washington and more.

Details of the night parties are yet to be announced, but tickets for the day event can be bought now via the Sunfall website and upgraded when they’re announced in March. Check the full line-up below. 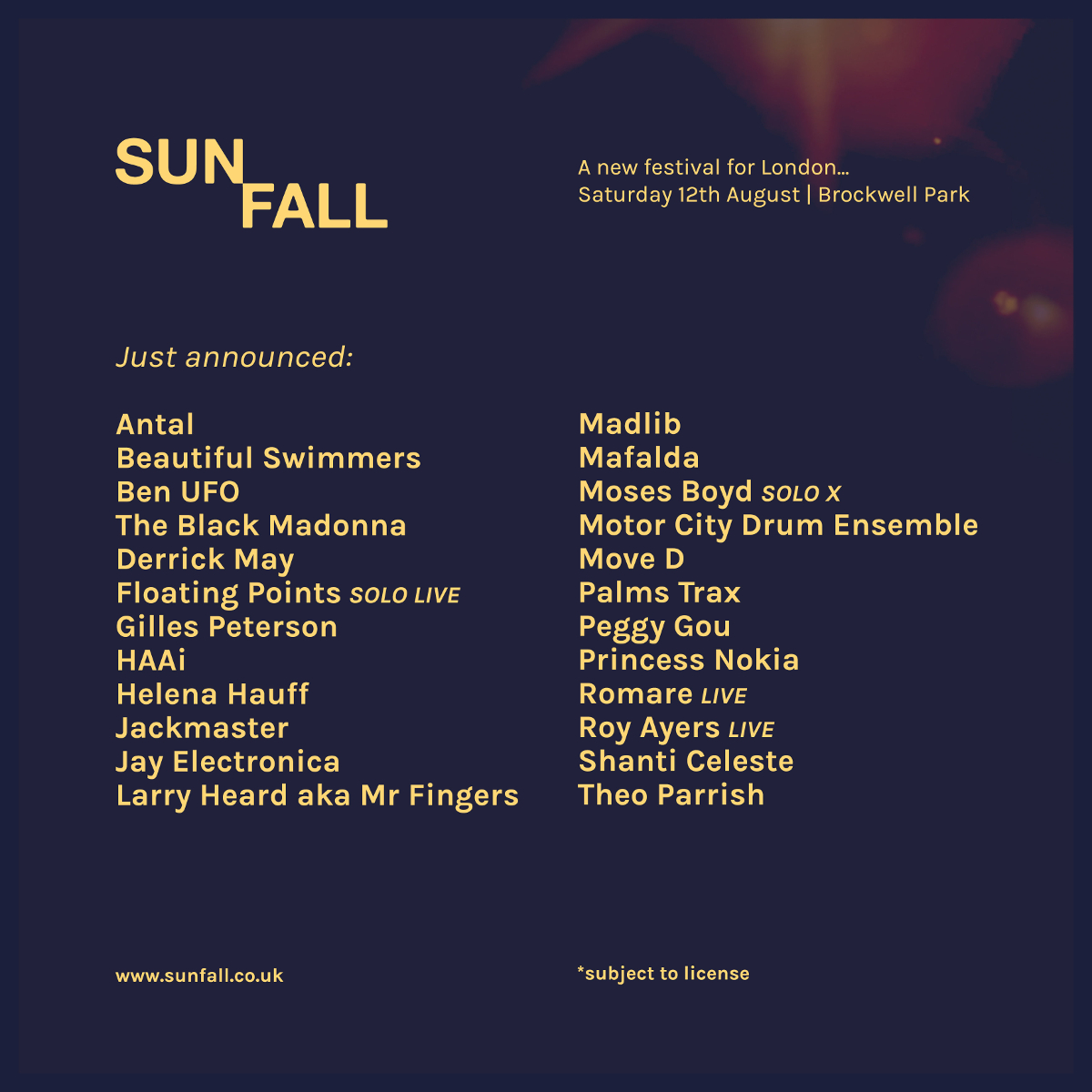