A Tribe Called Quest, The xx and the Pet Shop Boys will headline this year’s Bestival, which this year moves to a new location.

Other artists scheduled to play at the festival, which takes from September 7-10, include Danny Brown, Dizzee Rascal, Stefflon Don, Justice, Little Dragon, Ray BLK, Jackmaster, Avalon Emerson, and more – check the flyer below.

The annual festival had previously been held on the Isle of Wight since it began in 2004, but this year moves to a new site on the Lulworth Estate in Dorset. This year’s fancy dress theme is “the year of color”.

ATCQ are set to perform at the Grammys with Anderson.Paak this Sunday, and have also announced a handful of festival dates for 2017 including Parklife in Manchester and Roskilde in Denmark. 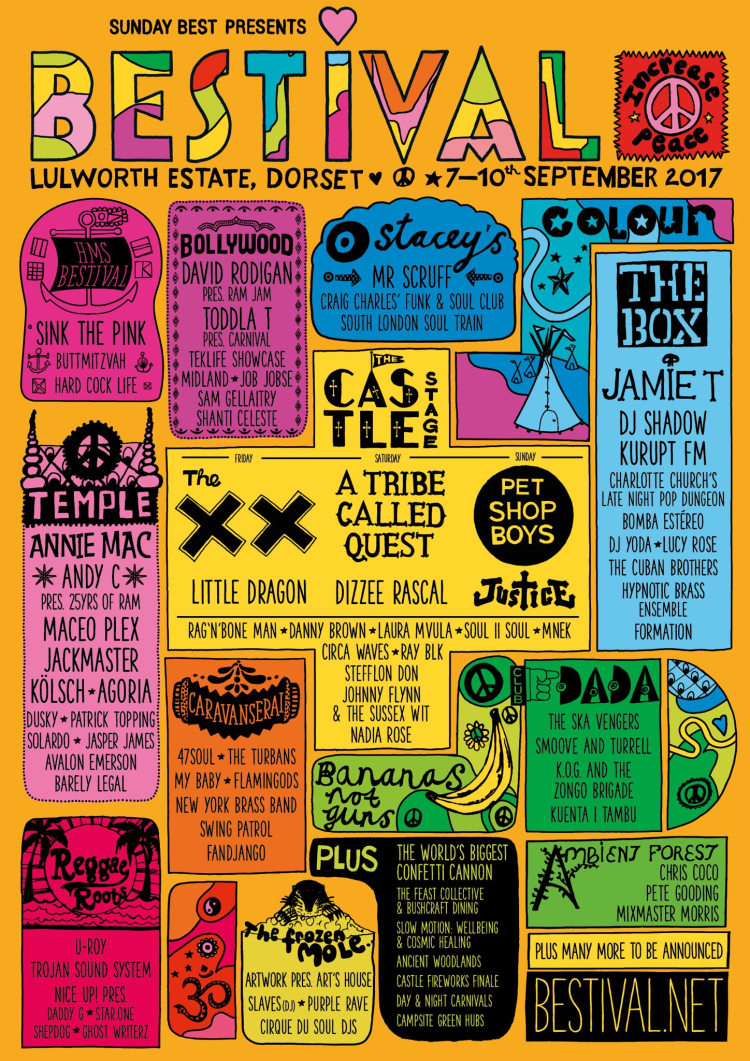