The intimate UK festival announces a second round of names.

BRIT-nominated singer-producer Nao, Brooklyn-via-Kansas City producer Huerco S. and Machine Woman – who dropped one of our favorite house and techno tracks of 2016 – are among the new names added to Farr Festival 2017.

Tickets start at £90 and can be purchased via the Farr Festival website. 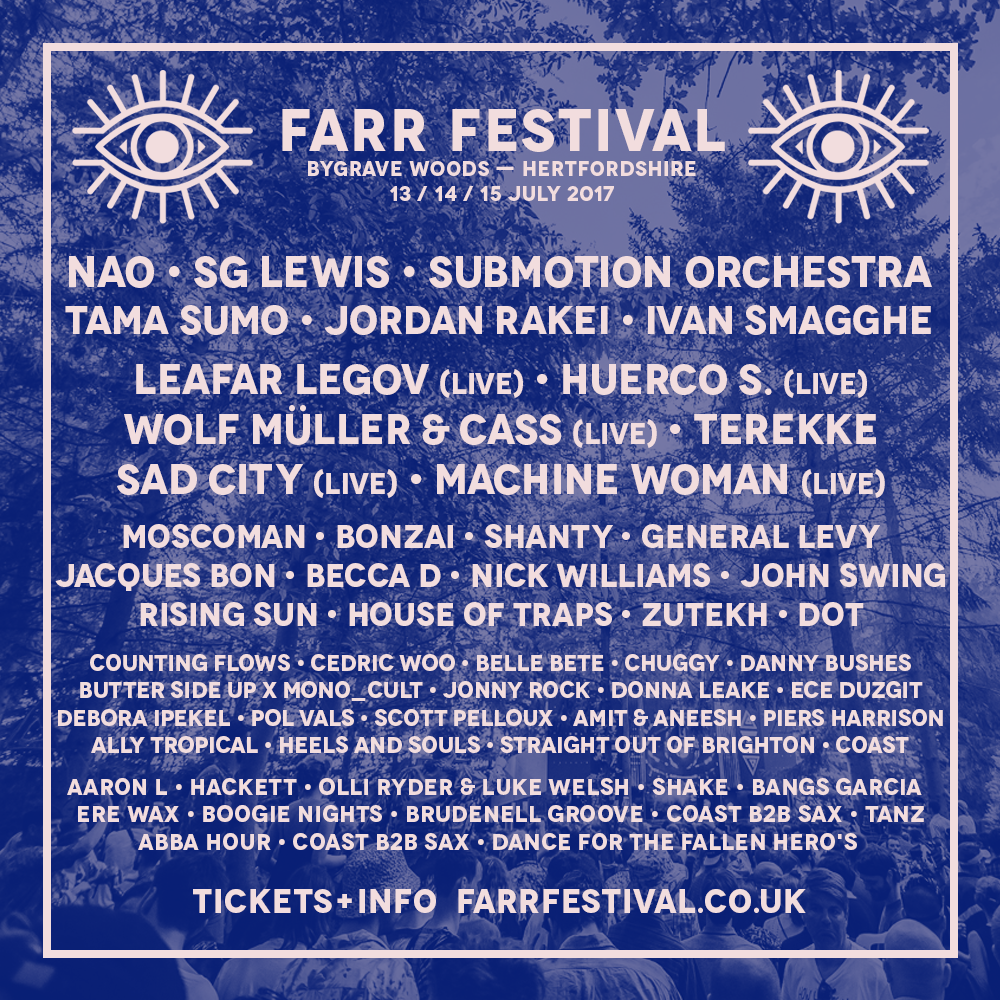 Read next: R&B time-traveller NAO draws from the past but lives in the future