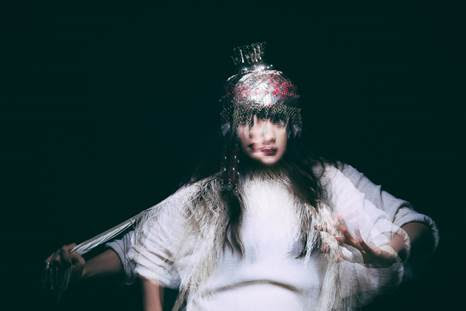 New work from the electronic adventurer.

In Hinduism, “Yajna” means ‘sacrifice, devotion, worship, offering’ and refers to any ritual performed in front of a sacred fire.

With that in mind, this track represents “the idea that we are all interconnected requiring us to dissolve the illusions of the self and overcoming that which divides us.” Cloaked in the glitchy, spacious electronics of K Á R Y Y N’s previous releases, listen to ‘Yajna’ below.

The multi-disciplinary Syrian-Armenian-American artist, who previously collaborated on a project with American director Samantha Shay inspired by her mentor Marina Abramovic, said she’s “influenced by the sounds that make up daily life.”

“The work is made up a lot of my voice, processed to sound like other things,” K Á R Y Y N told FACT earlier on this year.

‘Yajna’ is the fourth track to be released by K Á R Y Y N ‘s own label Antevasin – a Sanskrit word meaning ‘one who lives at the border’.