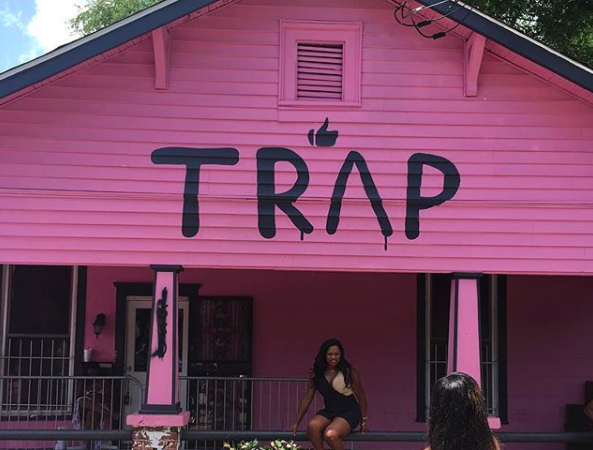 The all-pink building has also been used as a church.

The US rapper teamed up with Fulton County Board of Health, Test Atlanta and Atlanta Aids to offer fans the chance to get a free screening at his so-called Trap Clinic on Independence Day.

Fulton County Board of Health say they pulling up today!! Come get tested and know your status! By the way this is Free99

The installation, which also doubles up as an art gallery, was originally set up to mark the release of Chainz’ fourth album Pretty Girls Like Trap Music, which came out last month.

Last Sunday, the Pink Trap House was turned into a church, offering attendees a one-time service.