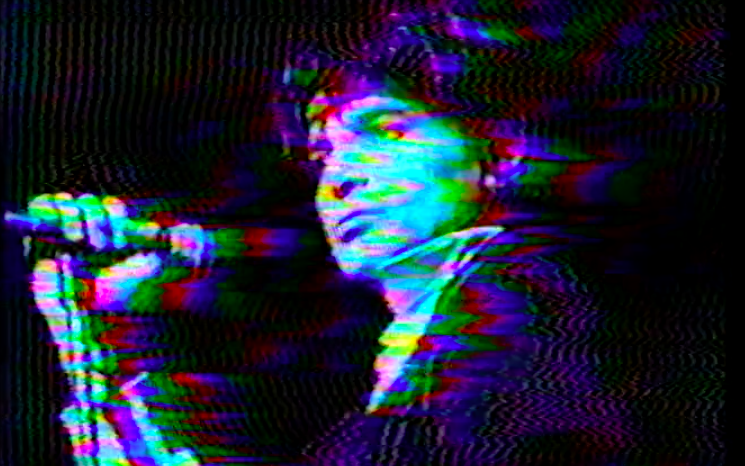 The first video from Alan Vega’s posthumous album IT has landed.

‘DTM’ – which is an abbreviation of “Dead To Me” – features previously unreleased performance footage of Vega taken by longtime producer Ric Ocasek and filmmaker Mark Hurtado in the late ’70s and early ’80s. It’s been directed by Brook Linder and produced by The FADER.

The glitchy, grainy video also features shots of Vega’s artwork, filmed by Hurtado, including portrait drawings and light sculptures, which according to the press release symbolize themes in the lyrics for this track and the rest of the album.