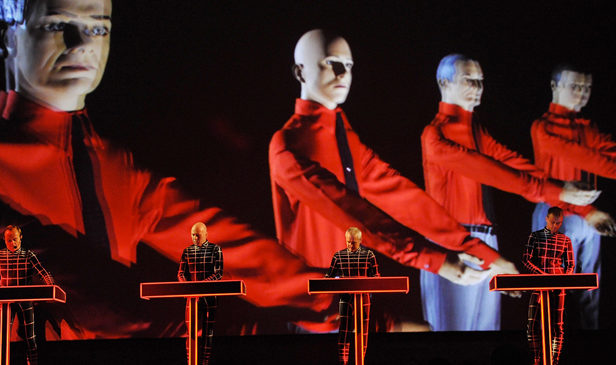 A two-second sample may set precedent for future copyright cases.

Kraftwerk have won a lengthy legal dispute involving unauthorized sampling of their music after a 20-year battle.

As Billboard reports, the European Court of Justice yesterday (July 29) ruled in favor of the German electronic music pioneers, whose members Ralf Hütter and Florian Schneider-Esleben began legal proceedings against hip-hop producers Moses Pelham and Martin Haas in 1999. At the center of the dispute is a two-second clip, taken from Kraftwerk’s 1977 song ‘Metall auf Metall’, which Pelham and Haas sampled and looped in their production of rapper Sabrina Setlur’s 1997 song ‘Nur Mir’.

Hütter and Schneider-Esleben argue that Pelham and Haas didn’t have permission to sample ‘Metall auf Metall’, and have been seeking damages and an injunction of the song. Over the years, the case has been presented to multiple courts, with previous verdicts going either way.

The ruling could establish precedence for future cases involving copyright infringement, but there are still grey areas. As Raffaella De Santis, senior associate at London law firm Harbottle & Lewis, told Billboard, there’s still no clear European definition for what sampling is, and to what extent a sample must be modified so that it is deemed “unrecognizable to the ear”. Though this case shows that copyright holders may have the upper hand, she says that, “it could have a chilling effect on artistic expression in an increasingly remix culture”.

Listen to ‘Metall auf Metall’ and ‘Nur Mir’ below.

Read next: 7 pieces of gear that prove Kraftwerk are technological trailblazers