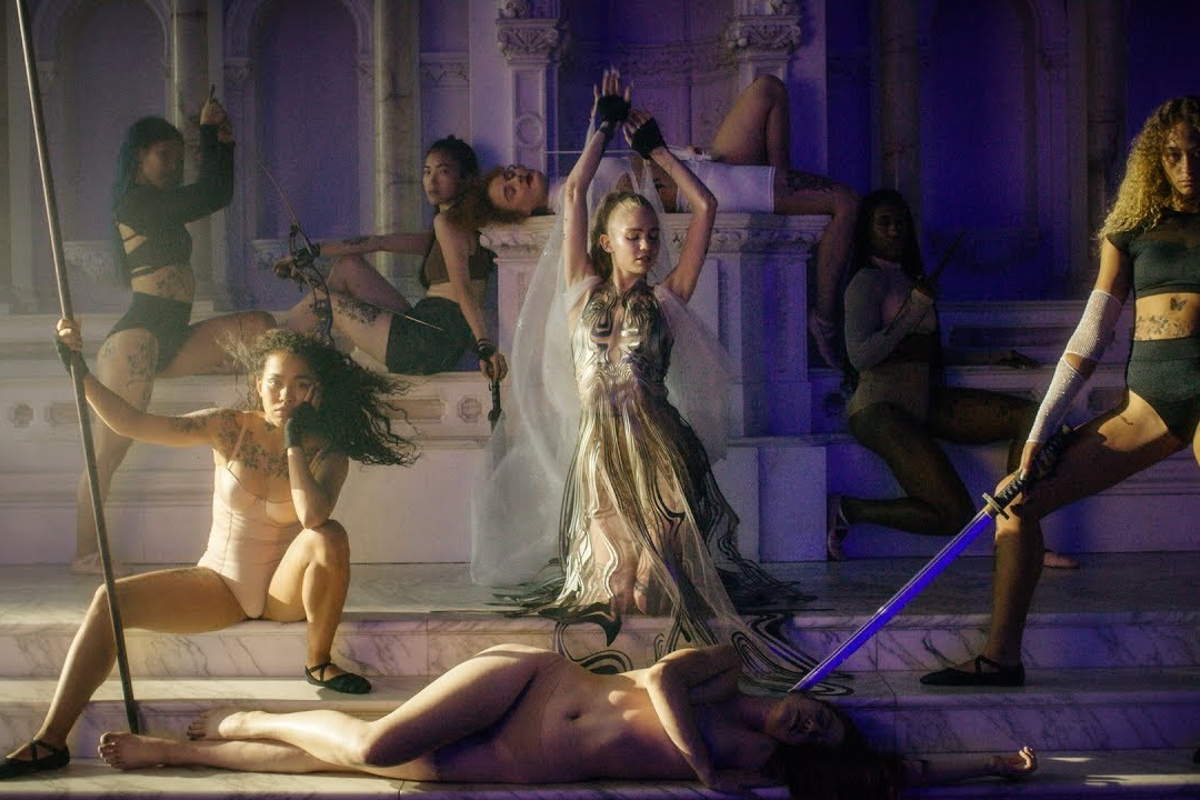 Grimes has released ‘Violence’, another new track from her forthcoming album, Miss_Anthrop0cene.

The accompanying video sees Grimes performing alongside a group of fantasy dance-warriors tooled up with a variety of RPG-style weapons and outfits. Stick around for more strident synth-pop from Grimes and a fleeting cameo from two cute robot friends.

‘Violence’ follows the pro-AI industrial rock anthem ‘We Appreciate Power’, which was released earlier this year. Miss_Anthrop0cene is set for release later this year.