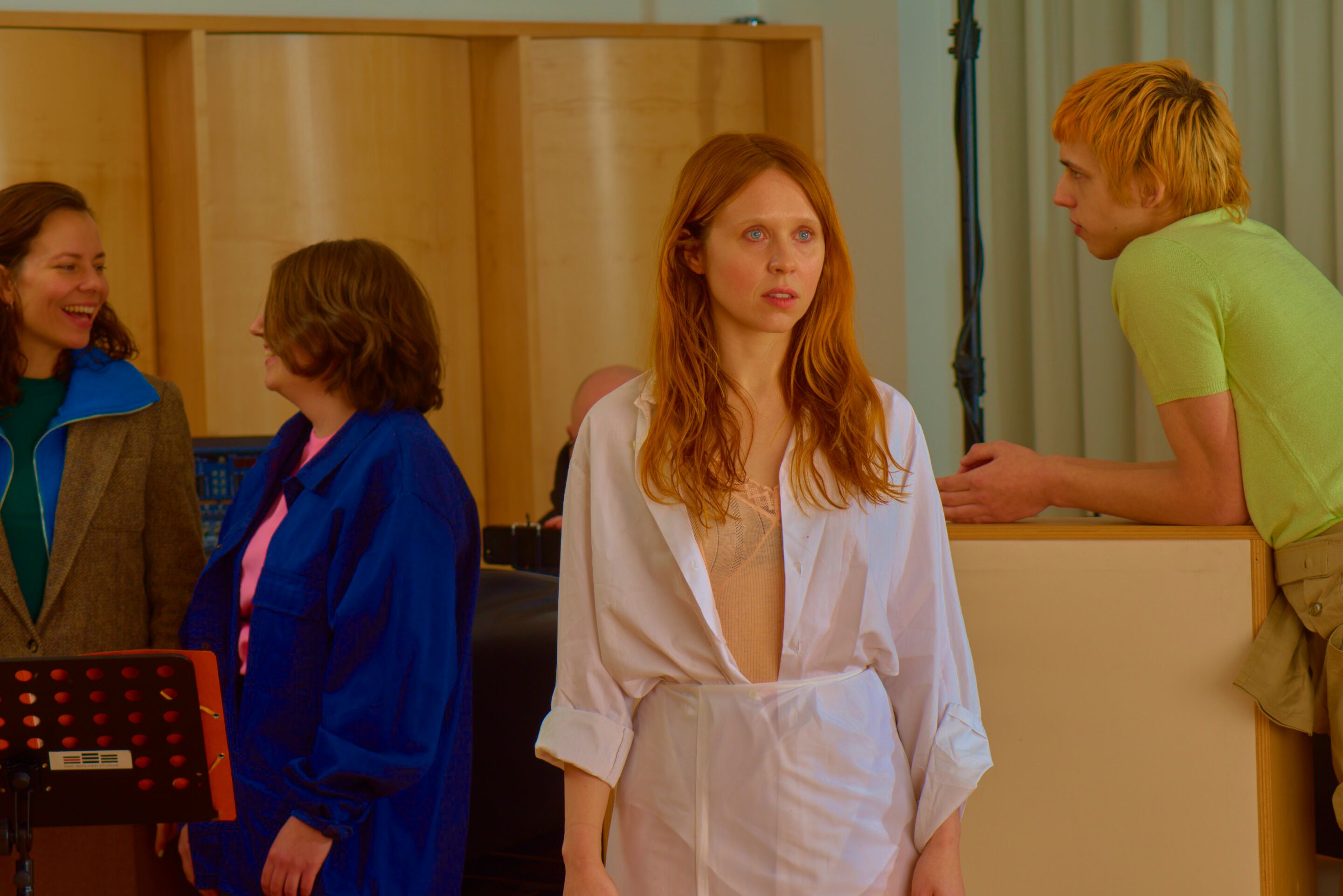 PROTO was released back in May on 4AD.

Holly Herndon has released a behind-the-scenes video outlining the concepts and techniques explored during her PROTO album tour.

The video shares footage filmed earlier this year at Berlin’s Volksbühne and features appearances from many PROTO collaborators who lended their voices to the album and have contributed live vocals to her shows.

It also shows clips of Herndon in the studio working with her “AI baby” Spawn, the self-built artificial intelligence technology she’s been publicly recording with since 2018.

Next month, Herndon will perform at Krakow’s Unsound Festival as well as Utrecht’s Le Guess Who? festival in November. Check out all of her upcoming dates here.