“It’s all got too powerful” – Scratcha DVA on journalism, social media and more

The full video interview with the Hyperdub man focuses – naturally – on music and will be posted later this week, but to whet your appetite, here’s an entertaining diversion on what DVA thinks on the current state of music journalism. Club footage comes from his recent album launch party at Fabric. 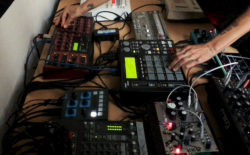