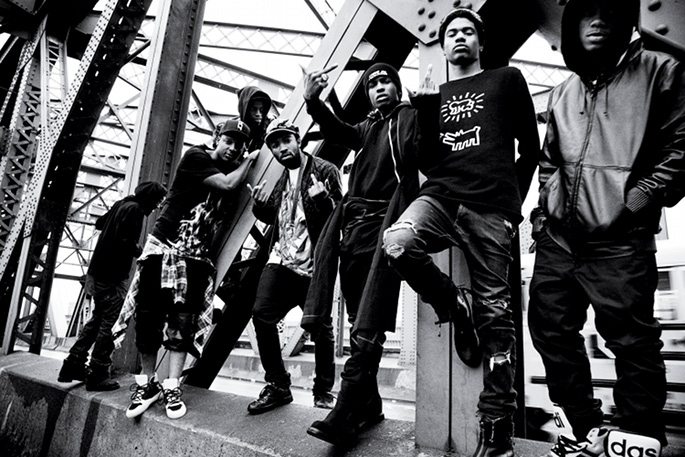 A$AP Yams lets proverbial cat out of bag at VMAs.

The A$AP Mob – last seen together on 2012’s patchy but winning mixtape Lord$ Never Worry – are set to release a follow-up on 15 October, according to mobster A$AP Yams.

Yams spilt the beans on the red carpet at this weekend’s MTV VMAs, grabbing the mic from A$AP Ferg – who was there promoting his just-released debut Trap Lord – to make the announcement: “All I gotta say is, A$AP Mob album, October 15th. I ain’t wanna say the date, but the date got leaked to the internet, October 15th, ’bout to kill the fourth quarter again.” He added that the album is “untitled for now.” [via Exclaim]

A$AP Rocky’s roundtable have dispersed over the past year, with Rocky releasing his debut Long.Live.A$AP and A$AP Ferg delivering a slew of singles like his ode to Shabba Ranks, ‘Shabba’; that duo are also planning a collaborative album. While you’re waiting for A$AP Mob’s return, hear a “chopped up, not slopped up” version of Lord$ Never Worry.

Watch the interview from VIBE TV below: