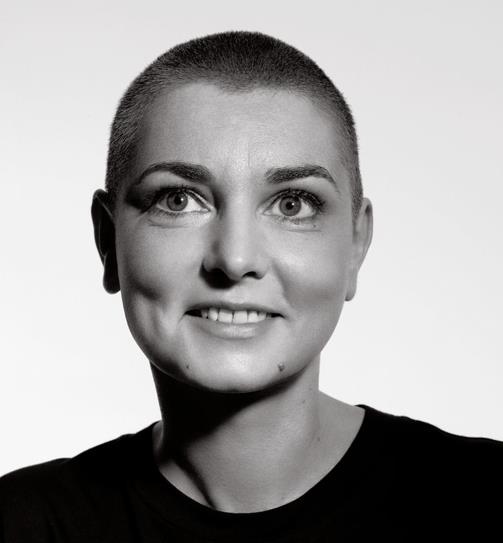 Update: Sinead’s now posted a third letter. We’ve added it to the bottom of the post.

O’Connor’s first letter was released yesterday (Thursday October 3), warning the Bangerz singer that “Nothing but harm will come in the long run from allowing yourself to be exploited … the music industry doesn’t give a sh– about you, or any of us”, and much more besides. You can read it here.

It came as a response of sorts to Cyrus’s recent Rolling Stone interview, where she compared her video to ‘Wrecking Ball’ to O’Connor’s ‘Nothing Compares 2 U’. Cyrus responded with a Tweet mocking O’Connor’s history of mental illness.

O’Connor has now posted a second open letter on her Facebook page, referring to Cyrus as “a danger to women” and threatening her with legal action over yesterday’s Tweet.

Miley Cyrus’s fourth album, Bangerz, is out next week. Between her infamous VMAs performance, the ‘Wrecking Ball’ video, and now this (not to mention a new Terry Richardson shoot forVibe), it follows the most talked-about period of the singer’s career. She’s already responded to the letter on Twitter, while Amanda Palmer has also had her say.

Miley… Really? Who the fuck is advising you? Because taking me on is even more fuckin’ stupid than behaving like a prostitute and calling it feminism. You have posted today tweets of mine which are two years old, which were posted by me when I was unwell and seeking help so as to make them look like they are recent. In doing so you mock myself and Amanda Bynes for having suffered with mental health issues and for having sought help.

I mean really really… who advises you? have you any idea how stupid and dangerous it is to mock people for suffering illness? You will yourself one day suffer such illness, that is without doubt. The course you have set yourself upon can only end in that, trust me.

I am staggered that any 20 yr old woman of the 21st century could behave in such a dangerous and irresponsible manner as to not only send the signal to young women that its ok to act like prostitutes but also to the signal that those who have suffered or do suffer mental health problems are to be mocked and have their opinions invalidated. Have you no sense of danger at all? or responsibility? Remove your tweets immediately or you will hear from my lawyers. I am certain you will be hearing from all manner of mental health advocacy groups also. It is not acceptable to mock any person for having suffered.

It is most unbecoming of you to respond in such a fashion to someone who expressed care for you. And worse that you are such an anti-female tool of the anti-female music industry. I hope that you will apologise to Amanda Bynes and to any person who has been wounded by your mockery of those who have suffered. And I hope that you will wake up and understand that you in fact are a danger to women.

Furthermore you posted a photo of me tearing the pope’s photo .. as if to imply insanity.. by doing so all you have achieved is to expose your staggering ignorance. I suggest you read The Philadelphia Report, The Boston Report, all the reports which will illuminate for you why that action of mine remains sane and valid. By mocking it you mock every child who suffered sexual abuse at the hands of priests and had it covered by the Vatican. You could really do with educating yourself, that is if you’re not too busy getting your tits out to read.

Ms Cyrus has today posted tweets of mine which are two years old and which were sent when I was ill and seeking medical help. She has done this in an attempt to deliberately cause me harm and hurt. I wish to confirm that I am quite well and kindly request people cease e mailing me in the mistaken belief these are recent tweets.
Ms Cyrus’ lawyers will be contacted by mine regarding this matter.
I confirm also that I do not at all support or condone the abuse or mockery of those who have been brave enough to openly discuss mental health issues. Mockery causes deaths. Period. It is an unacceptable form of bullying, no matter who it is doing the bullying.

I have no interest whatsoever in meeting you. You had plenty of time yesterday to abuse Amanda Bynes .. an entirely innocent party.. and myself.. who also did nothing to deserve your abuse.. along with every other sufferer of mental health problems and every person who suffered abuse at the hands of priests.

You can take five minutes today between g- string fuckin’ changes to publicly apologise and remove your abusive tweets. If you do not then you don’t give a shit who you mock and what damage you do by being so ignorant.

When you publicly apologise to Amanda and myself and all mental health sufferers as well as all who were abused by priests that will end the matter as far as I am concerned.

what you did yesterday was designed to damage me and my career and has caused me enormous distress and harassment and has potential to damage my career, since you deliberately gave the impression those tweets of mine were not two years old but reflect my current condition. If you cannot apologize I will have no choice but to bring legal proceedings against you since it is extremely hard to be given work when people think one is suffering from mental illness.
I have no interest in or desire to cause you trouble but if you do not apologise for having deliberately tried to cause me hurt and trouble personally and professionally I will have to bring pressure upon you.

When you end up in the psych ward or rehab I’ll be happy to visit you.. and would not lower myself to mock you.

Be a proper woman and make the public apologies I have listed above. Your hosting SNL is a bullshit reason for not taking five minutes to do the right thing and your behaviour yesterday will rebound upon you very badly.

You have no business abusing Amanda Bynes or anyone else. How do you think you made her feel yesterday? How do you feel when your friend Britney Spears is mocked and humiliated for having had mental health problems? I know I personally want to bash those who treat her that way. If she is your friend and more importantly if you are a true friend to her.. you ought apologise for joining those who mock and humiliate women who have been too nice frankly, to manage the music business without sensibly losing their minds.

Cease behaving in an anti-female capacity. You will become the victim of it shortly. Soon it will be you the media ‘crazy’ .. and you will not enjoy it.. and you will appreciate people (like myself) standing up for you. Which I will be happy to do.. if you earn my respect today by apologising publicly.