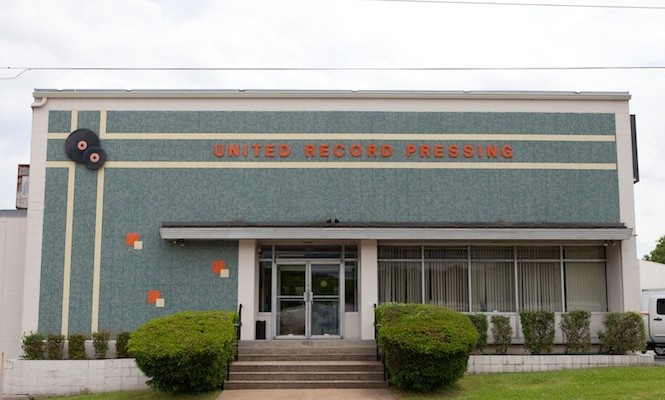 Nashville-based United Record Pressing, the world’s busiest vinyl pressing company, has issued a statement explaining its decision to turn away new orders and remain loyal to its existing customer base.

The company blames decision on the “surge in demand for vinyl records” – as proved in last year’s record-breaking sales figures – and says the policy is likely to remain in place throughout the first quarter of 2015.

However, United has also promised to ramp up production once its second plant is open. “The good news is that we are now only a few months from opening our second plant in Nashville – and eventually almost tripling our capacity,” the statement reads.

In 2014, United expanded its plant with 16 new presses and played host to Jack White’s record-breaking attempt to produce the world’s fastest record.

The vinyl revival has left the handful of remaining pressing plants struggling to keep up with demand. Fed up with long waiting times, US indie label Fat Possum recently invested in its own pressing plant, while a team of Aussie inventors hopes to bring a DIY desktop vinyl cutter to market after a successful crowdfunding venture. 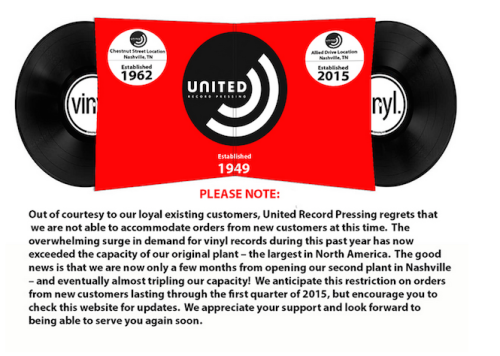