Ableton Live 9.5: An incremental update with lots of surprises

It’s understandable that most of the excitement following Ableton’s recent product launch has surrounded the new Push and not the Live software itself.

Live 9.5 after all, is not even a full update – something that people usually assume means any changes aren’t really worth getting excited about. It’s probably more useful to think of Live’s update cycle as more similar to Apple: the jump from iOS 8 to iOS 9 brought a few very subtle changes, but ones that significantly change the experience.

The main focus – just as it is with the new Push – is on sampling. As well as an overhauled version of the Simpler instrument, there are new analog modelled filters driving everything as well as some Max For Live instruments that are arguably better than Live’s primary synths.

The big thing distinguishing the new Push from the original is the way you can work with samples, and it’s all down to the new version of Simpler. It’s an instrument that’s always lived in the shadow of Ableton’s more powerful Sampler device, but now it’s about the most enjoyable sampler I’ve ever used. Drop a sample in and you have three key functions to choose from: Classic, One-Shot and Slice.

Classic and One-shot are self-explanatory – one lets you play the sample as it is for as long as you hold the key down, the other will play the sample out to the end. As Simpler now uses Ableton’s timestretching algorithm however, the sample can be played at any pitch and maintain the same tempo. If you enable Glide mode you can even transpose a sample without starting from the beginning again, which allows for some really unique effects. When Ableton demonstrated the mode at the launch they even made a sample of U2’s ‘With Or Without You’ sound unrecognisable.

The most impressive favourite mode is Slice. In the same way that Live analyses and adds cue points to a track when dropped into an audio track, Simpler will automatically determine the peaks of the sample and map each one to your keyboard. Loop slicing in samplers has been around for longer than Live itself, as has the ability to “play” and shuffle a loop with MIDI, but Ableton’s new Simpler has combined all the existing technology into something really concise and easy to use.

Obviously it works best with tracks that have a clearly defined beat, but use the right loop and you can re-contextualise a track in seconds. Simpler wasn’t something I previously gave much thought to, but Ableton has turned it into the best bundled instrument in Live.

There are people who are always going to maintain that an analog filter sounds better than anything software can create, and Ableton’s new analog modelled filters probably won’t change their mind. However, they do significantly broaden the kind of sound that Live can make. The new filters have been developed with Cytomic (responsible for the glue compressors in Live) and built into some of Live’s key devices: Operator, Sampler, the new Simpler and of course Auto Filter.

Previously you might have had to use a Compressor or a Saturator to make Live’s sounds warmer or fuller, but the new filters – selected from a drop-down menu in each device – have the option to add a touch of overdrive in the device itself. There’s nothing quite like a vintage hardware filter, and these are nothing comparable, but if you tweak these filters in the right way you can get them to squeal in a really satisfying way. They add an extra bit of depth that’s been sorely missing from Live’s sound engine.

One of the criticisms often levelled at Live is that it’s not as good as programs like Logic or Pro Tools for recording live instruments. Live 9.5 however is now a much better tool for this, and it’s down to the overhauled meters. Now they will show a combination of both peak level and average volume, making it much easier to keep track of not just individual instruments but the overall dynamic on the master channel. It doesn’t sound like much, but if you’re using it in tandem with Push, you should be able to keep everything in check and reduce the time spent mixing things down at the end. 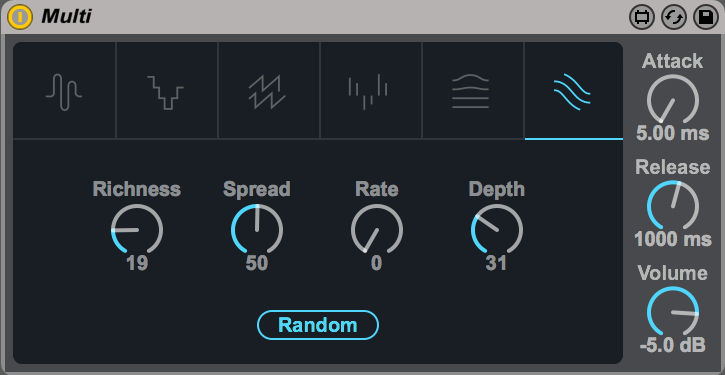 Max For Live is an optional extra, but if you don’t use the software then now might be the time to look into getting into it. While there’s a fairly justifiable idea of Max For Live as a complicated coding environment for building your own instruments, it’s also a place for hosting some brilliant pre-designed tools that don’t require any wider knowledge. It’s better to think of Max For Live as a workshop than a coding environment: you can create and re-engineer things if you know how, but there’s plenty of finished prototypes lying around too.

The main thing Max For Live owners can take advantages are three new synths that are completely unlike the Analog and Operator synths you get with Live itself: Bass, Poli and Multi. The inspiration for these was classic, simple synths like the that compared to modern soft synths don’t do that much, and shouldn’t be so complex you get lost in them trying to tweak filter envelopes. In that respect they’re a success: if you’re used to simple hardware synths these new instruments are much more intuitive that Operator, which is probably still quite a daunting thing to get your head around if you’re a novice.

Bass and Poly are fairly self-explanatory – they’ll give you monophonic sequences and thick, stacked polyphonic sounds reminiscent of the SH-101 and Juno-60. Unlike Analog, which has always felt lacking in power, these synths are incredible to use. There’s also Multi, which is a completely unique device. Sometimes it creates complex evolving sequences, sometimes it creates strange plucked string sounds – but most of the time it’ll be something indescribable.

When you load up a Multi preset you get six distinct modes to choose from, each with a accompanying graphic and only four controls whose functions change depending on what you’re given. It’s something between a very condensed modular synth and an iOS app but it sounds as powerful as anything you’d get out of Reaktor 6. It feels like more of a device for inspiration or texture, but it’s already become one of my favourite synths in Live.

There’s also a new graphic arpeggiator built in Max, which also improves on Live’s included version in every possible way. Instead of being held to the vaguaries of knob functions, you get an interface more like a step sequencer, which also lets you control the velocity and length of each note. If you’ve started to steer away from the arpeggiator because it feels a little too familiar, then the Max For Live version is a breath of fresh air.

It would be easy to get the impression you need a new Push to get the most out of Live 9.5, but there’s enough here to be excited about even if you’re just using a laptop on the move – Simpler itself is enough to occupy an entire afternoon, adding an entirely new dimension to Live’s basic offering. You’re still going to find yourself using your usual plug-ins, but with 9.5 it feels like the disconnect between Live’s instruments and powerful capabilities as a performance device and sequencer is starting to close.

Ableton’s new website will teach you the basics of synthesis 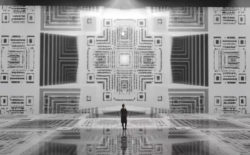 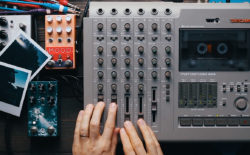