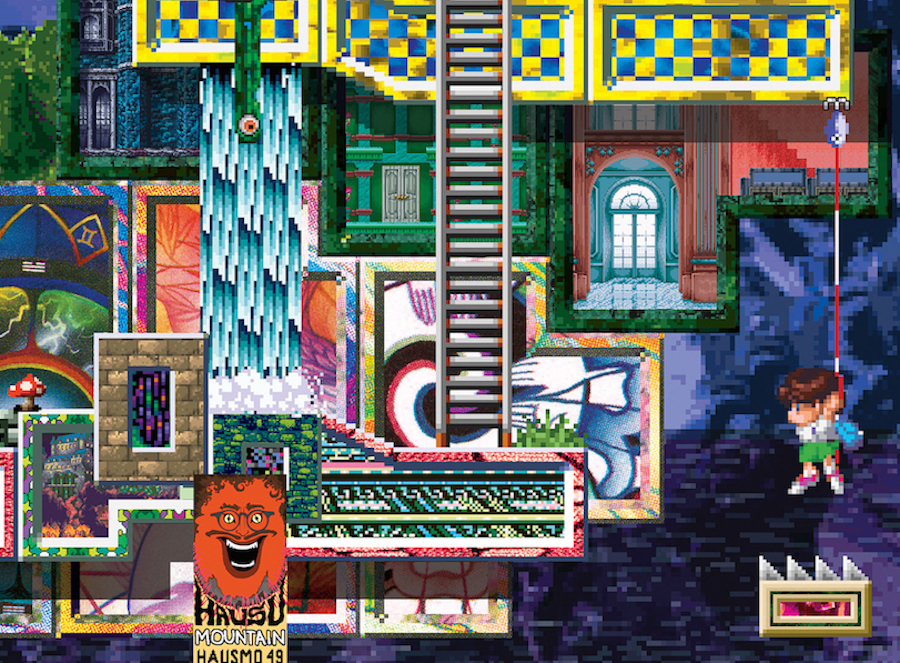 Though their excellent new album was released earlier this year on Umor Rex, Hausu’s founders, Doug Kaplan and Max Allison, make up two thirds of the band. For their label’s fall run of releases, Good Willsmith are splitting up Kiss-style for a trio of simultaneous solo albums on their label. Unlike Kiss however, Good Willsmith’s solo projects are just as vital as their group efforts.

As TALsounds, Natalie Chami will release Lifter + Lighter, the follow-up to last year’s Best Of Bandcamp-featured debut All The Way. The album builds on her debut’s droning bliss, but pushes her vocals even further into the spotlight on first single ‘Surrender’.

In-house album artist Maxwell Allison already released a great solo album this summer as Mukqs and will follow it with Walkthrough. True to his distinct artwork, the albums finds Allison further exploring his twin influences of video games and experimental electoronics. He cites equal inspiration from Cluster and Chrono Trigger, Earthbound and Emeralds.

Last, but not least, is Doug Kaplan’s solo debut on his own label. As MrDougDoug, Kaplan sifted through free archives for the 30-track MIDI-storm that is SOS Forks AI REM. Splits between a side of dizzying, brief electronic vignettes and a half of long spaced-out jammers, it’s the soundtrack to your next sugar rush and the accompanying crash.

Look for all three albums October 14 and hear samples of them below.

Read Next: Escape to Hausu Mountain: Good Willsmith on psychedelia, confusion and McDonalds