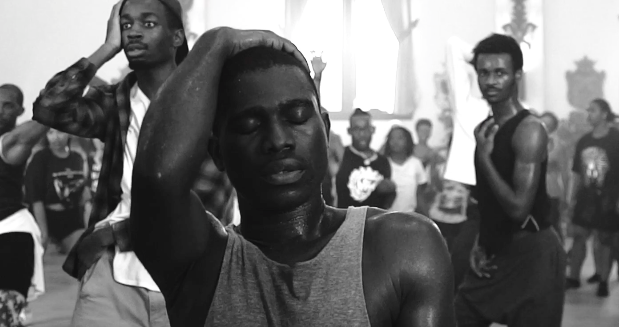 A short trailer for a documentary about FKA twigs‘ Baltimore dance workshops has been shared online. In July, the artist staged a workshop with around 400 intermediate and advanced dancers that recruited performers for her co-headline show with Travis $cott. No release date for the film has been confirmed as yet.

Last month, BBC Four broadcast FKA twigs’ Soundtrack 7 film, which was described by the singer and producer as “flesh, sweat, feeling, muscle; no air brushing, no frills.” The conceptual piece was filmed on location at Manchester’s Old Granada Studios during her week-long residency at Manchester International Festival this July.

Read next: Watch FKA twigs perform new music at a concert in Moscow