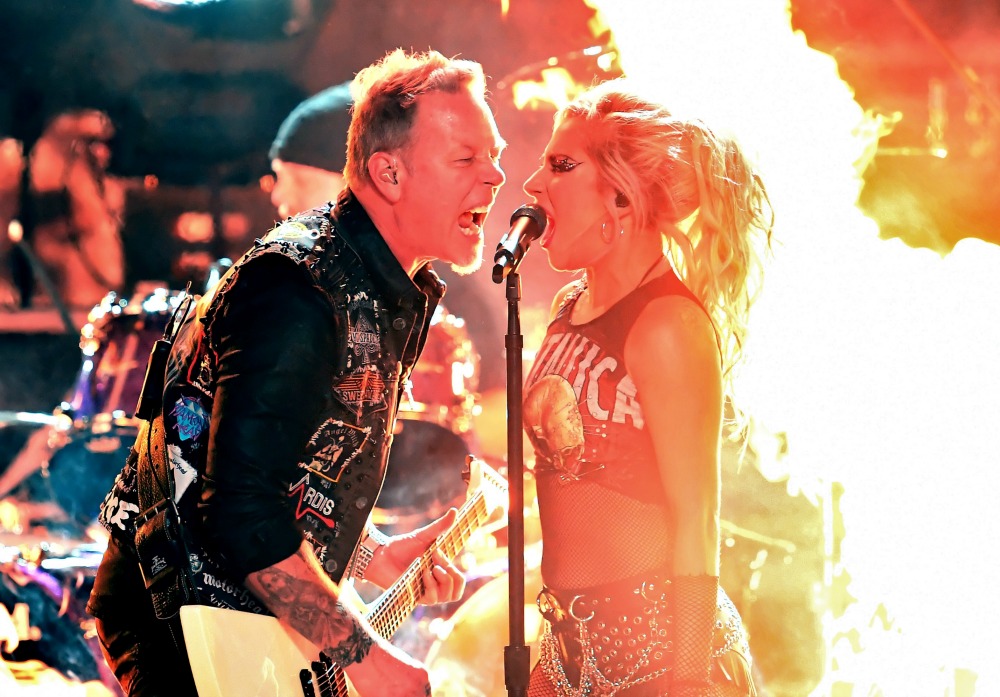 The onstage collaboration did not go smoothly.

Lady Gaga and Metallica teamed up at last night’s Grammy Awards for one of the stranger performances of the evening, with their show marred by technical difficulties.

They began ‘Moth Into Flame’ from Metallica’s Hardwired… to Self-Destruct album with James Hetfield’s mic not working properly and Gaga pulling moves last seen in Showgirls.

Once that problem was fixed they gained momentum, with Gaga chancing a stagedive while Lars Ulrich brought the devil horns business behind a drum kit surrounded by huge flames.

Meanwhile at the ceremony, Bruno Mars paid tribute to Prince with a guitar-shredding performance, Chance The Rapper showed up with a gospel choir, and a very pregnant Beyonce provided a Lemonade medley.

See the full list of winners from the ceremony.