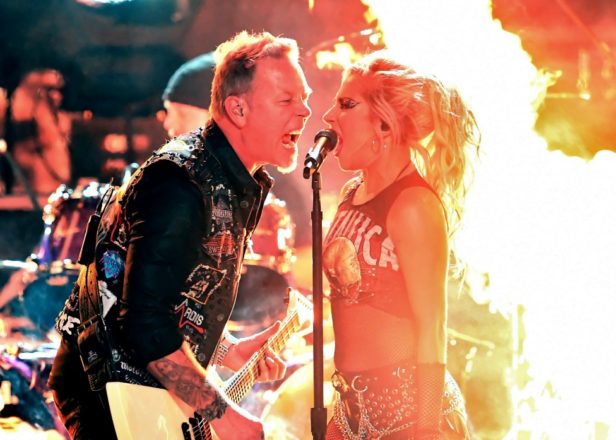 Metallica’s duet with Lady Gaga was one of the biggest talking points at this year’s Grammys. What was meant to be a simple rendition of ‘Moth Into Flame’ from the band’s Hardwired… to Self-Destruct album, quickly turned into a calamitous half-show racked by technical difficulties that even moved frontman James Hetfield to throw his guitar off stage in protest.

But the chaos of the night was all a result of malfunctioning fear, or “a slight technical snafu but that’s not really something you can do much about,” as Metallica drummer Lars Ulrich tells Rolling Stone in a new interview, who is hopeful that the collaboration wasn’t just a one-off.

“You just learn to live with that side of it. It happened to Adele last year; I guess this year it was our turn,” Ulrich offers on the technical fuckups.

He calls Gaga the “quintessential perfect fifth member of this band.” “Her voice, her attitude, her outlook on everything is so awesome,” he says. “[The performance] was so effortless and organic and she just has the spirit of hard rock and metal flowing through her veins.”

“We already started fast-forwarding to the next chapter when we can do more of this,” he says. “It’s not one of those ’20 lawyers, strategists and managers trying to force two people from two different worlds to figure out how to spend four minutes together on a national telecast.’ Of any of these undertakings, this is about as organic and authentic as there’s ever been one. We’re just getting started.”

It later emerged that the stagehand had reportedly unplugged the wire to Hetfield’s microphone just before the group went onstage. See the flawed performance below.