Gorillaz’s Jamie Hewlett and Damon Albarn are curating a new one-day UK festival where the band are also set to headline.

The full lineup has yet to be announced, but stay tuned. Tickets are available from the Demon Dayz site from March 10 and include free admission to the amusement park. 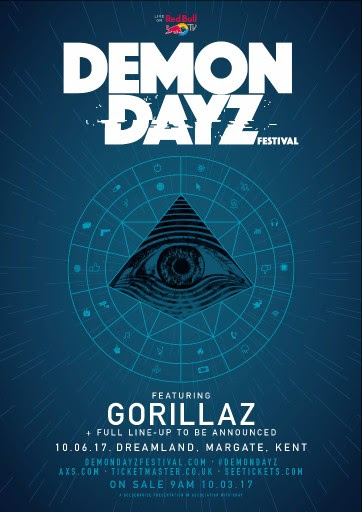 Gorillaz have been leaving breadcrumbs on the trail to an album release date since last summer. In October, the band began sharing origin stories of each member and in January released ‘Hallelujah Money’, their first song in six years.

Last month, Damon Albarn told a fan that the new album is now done and live rehearsals have started, although a release date has yet to be announced.