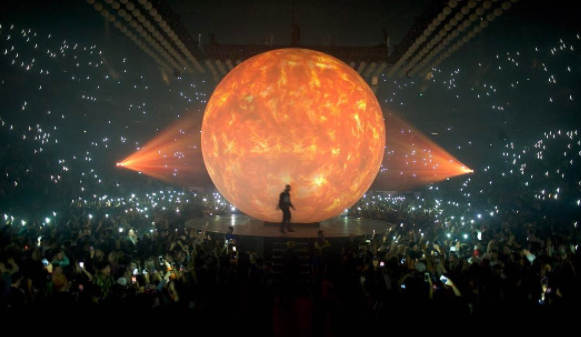 Skepta, Giggs, Popcaan and more pop up during the Canadian’s first show since his new “playlist” More Life.

Drake marked the final London date of his current Boy Meets World tour by bringing out Nicki Minaj and a host of other guests, many of which also appeared on his new release More Life.

It also seems another star was in the building, although she didn’t come onstage. Drake posted a photo of himself and Sade with his mother Sandi Graham on Instagram after the show, on which Nicki Minaj commented: “I know you’re getting this framed. I know how much Sade means to u. Look @u in the pic w/ her AND mummy. Yikes. Congratulations Brown Bwoy.”

More Life, which only landed at the weekend, has already been breaking new streaming records, as well as giving a streaming boost to the album’s UK collaborators Giggs, Skepta and Jorja Smith.

Read next: Drake’s More Life: Here are the full credits and samples, from Sonic the Hedgehog to Lionel Ritchie