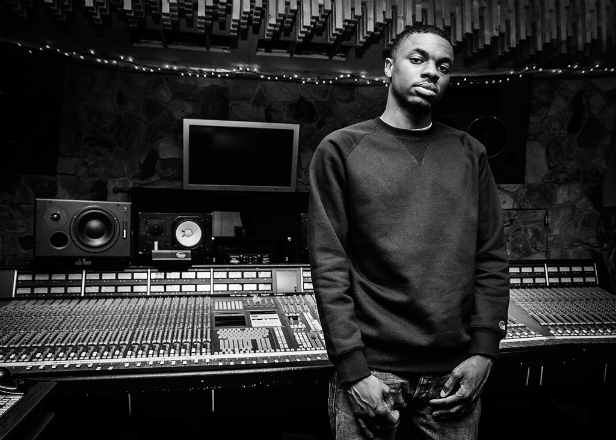 Kanye comes close, but Eminem’s in a “slump.”

Vince Staples dropped in for a chat on LA’s Power 106 yesterday (April 12), during which he was asked for his thoughts on the greatest rapper alive right now.

After dismissing host J Cruz’s suggestion that Eminem is worthy of the overall accolade because of the “slump” he’s currently experiencing, the Long Beach rapper said: “if we’re talking about right now, it’s Kendrick, easy, not even close.”

Cruz clarified “overall” to mean everything from body of work and lyricist skills to “the amount of noise” and influence. Staples then confirmed his pick, denying that sales have anything to do with status, while also adding “Kanye” as an afterthought.

Staples goes on to explain why he would choose Kanye over Eminem: “Because there aren’t really that many kids walking around saying they want to be Eminem.”

The conversation then moves onto a wider discussion about art, music and commerce, with Staples philosophising that sales shouldn’t be brought into the equation when talking about rap greatness because “Vincent Van Gogh was nobody until he died.

“As far as sales going in music, we can’t have that be in the conversation about who is best because that’s what people use when they try to compensate for a lack how they feel about the art,” says Staples.

However, big sales figures don’t mean an artist can’t be great, he goes on to explain. “Even if Drake didn’t sell a crazy amount, his influence and how his music touches people, he’d still be Drake.” Same goes for Chance the Rapper, he says.

Kendrick Lamar’s highly anticipated new album DAMN.,  is due to arrive this Friday, with Rihanna and U2 the only two apparent guests.