FACT Rated is our series digging into the sounds and stories of the most vital breaking artists around right now. This week Jesse Bernard meets Vivien Kongolo aka Miles From Kinshasa, the South London R&B up-and-comer fusing ‘80s-inspired synth pop with rumba from his birthplace in the Democratic Republic of Congo.

An artist’s lack of regional signifiers often indicates their worldview. There isn’t much I’ve heard that sounds remotely similar to Miles From Kinshasa, which only serves to emphasize his Francophone origins. His brand of ‘80s-inspired synth pop fused with R&B and rumba tells the story of an artist caught between various worlds. “The ‘80s will always be my favorite era of music, [Stevie Wonder’s] Hotter Than July has been a mainstay of late,” he says.

Born in the Democratic Republic of Congo but now living in London via the Parisian suburbs, Miles turned to the Congolese rumba of his homeland for inspiration. It’s a style that is similar to ‘son cubano’, a genre and dance that emerged in Cuba in the 19th Century and eventually surged in popularity throughout Europe, North America and Africa.

Miles cut his teeth performing as one half of now-defunct bedroom pop duo Men Among Boys. Some musical projects aren’t meant to exist for a lifetime and Men Among Boys wasn’t about trying to break into the mainstream, but the gap they left as a duo has allowed Miles From Kinshasa to step into his own diasporic sound.

“My mood tends to direct the palette that I draw from, more so than anything else,” he says. But while he does take some inspiration from vintage ‘80s sounds, sometimes it’s more precise. “One thing I’m starting to realize is that with some of my favorite songs I don’t actually love the whole song, but I have specific moments on those songs that I draw from.” 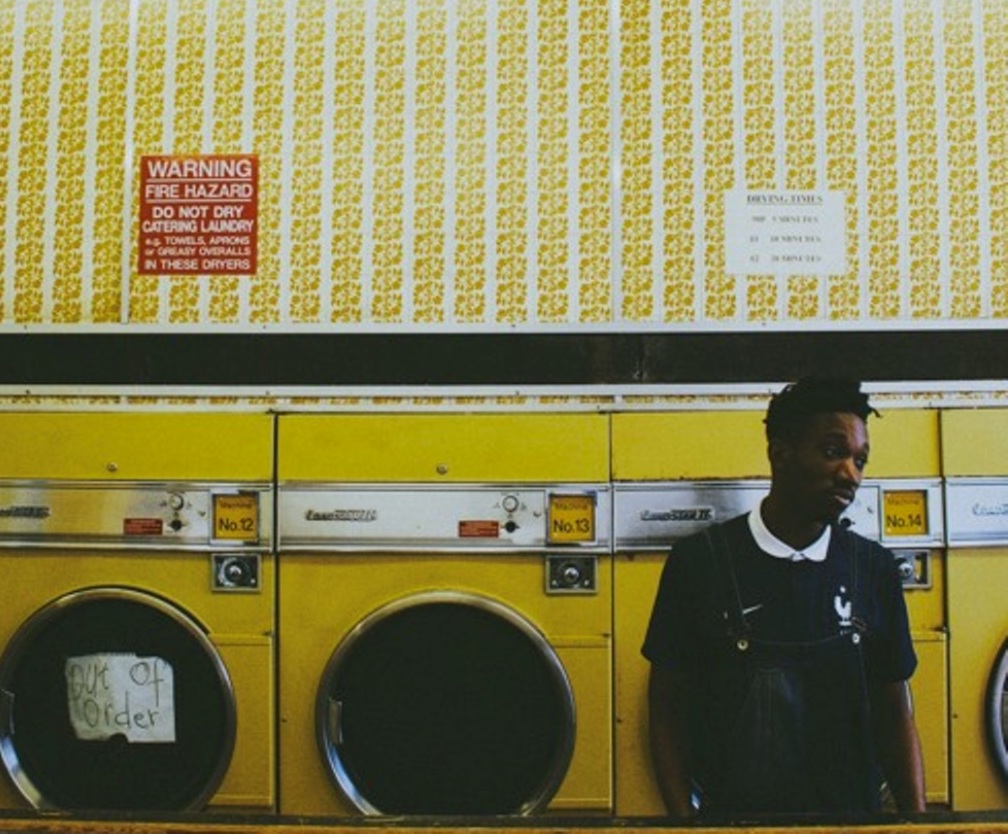 Miles’ music could simply be described as the soundtrack to a futuristic sci-fi film about the search for a home amidst displacement. Perhaps it also subtly interrogates the idea of what ‘home’ is in a world that feels much smaller than it ever has before.

But despite the numerous pockets of the world Miles has found himself in over the years, he doesn’t consciously place too much importance on specific environments shaping his sound. He often draws from within before looking outward. “My surroundings definitely can play a part in the process but it’s not too important to me. It takes one or two chords for me to get going, I love melody so much that it kind of fuels everything else to come naturally,” he says.

Whereas Dev Hynes (aka Blood Orange) incorporates a synth-heavy signature which can be quite pronounced, Miles leans towards an R&B sound that morphs with his beloved Congolese rumba. “It’s a school for me, so it’s natural that I’ll just keep refining the music I make through new influences. Even rumba-pop is an umbrella term for me to do whatever the fuck I want.” The hypnotic mysticism of early offerings, such as the charged ‘IVRY’, is inspired by classic French coming of age film La Haine, which references his experiences living in Parisian suburbs.

Miles’ most recent track ‘Overboard’ is part of a larger story he’s trying to tell on his forthcoming mini-album, Limbo, which is set to be released in October. “It’s the whole the grass isn’t always greener kind of thing,” he explains. “The ‘Overboard’ reprise on the album kind of answers the fears that the protagonist’s love interest was afraid of in ‘Overboard’.”

The palette Miles speaks of, and draws from, is as vivid as it is subdued. He makes the kind of music you listen to when you’re roaming aimlessly, whether in day-to-day life or in a more particular situation, a feeling that represents a certain strain of youthful angst many of us experience in our 20s.

“I’m just trying to be as honest as possible with myself at this point,” he assures. “As long as I do that, I should manage to paint something worthwhile that gives you a wide enough spectrum of what’s going on in my life.”

Limbo is out October 6 via Quality Time Recordings.

Read next: Belly Squad are London’s sound of the summer and they’re ready for world domination