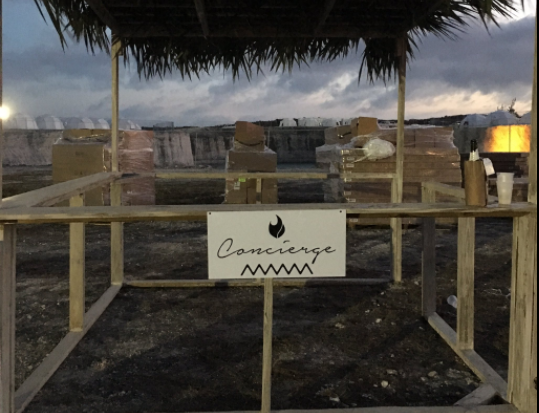 The full story of the notorious failed music festival.

Fyre Festival — the failed ultra-luxury music festival that resulted in chaos, stranded attendees and possible jail time for its founder — will be the subject of a new docuseries on Hulu in 2019, The Hollywood Reporter reveals.

The series is being developed by Billboard, Mic and The Cinemart and plans to examine what went wrong behind-the-scenes of the festival and the ongoing investigation into it. The series will include in-depth interviews with Bahamian locals, stranded festival attendees, food vendors and investors, as well as never-before-seen footage, leaked documents, emails and audio recordings.

Featuring a line-up of popular artist and promoters, the chaos surrounding Fyre Festival became widely known in April 2017 when attendees who paid between $4,000 and $12,000 for tickets described “refugee conditions”, sub-standard food, and housing that wasn’t finished being built.

The debacle grew exponentially worse when reports surfaced of the festival threatened people with lawsuits for complaining, followed by reports that none of the staff were paid. Following an FBI investigation, founder Billy McFarland was arrested for fraud and eventually pled guilty last month for charges that could place in him prison for up to 40 years.

The Fyre Festival docuseries is currently untitled, but look for more details from Hulu later this year.