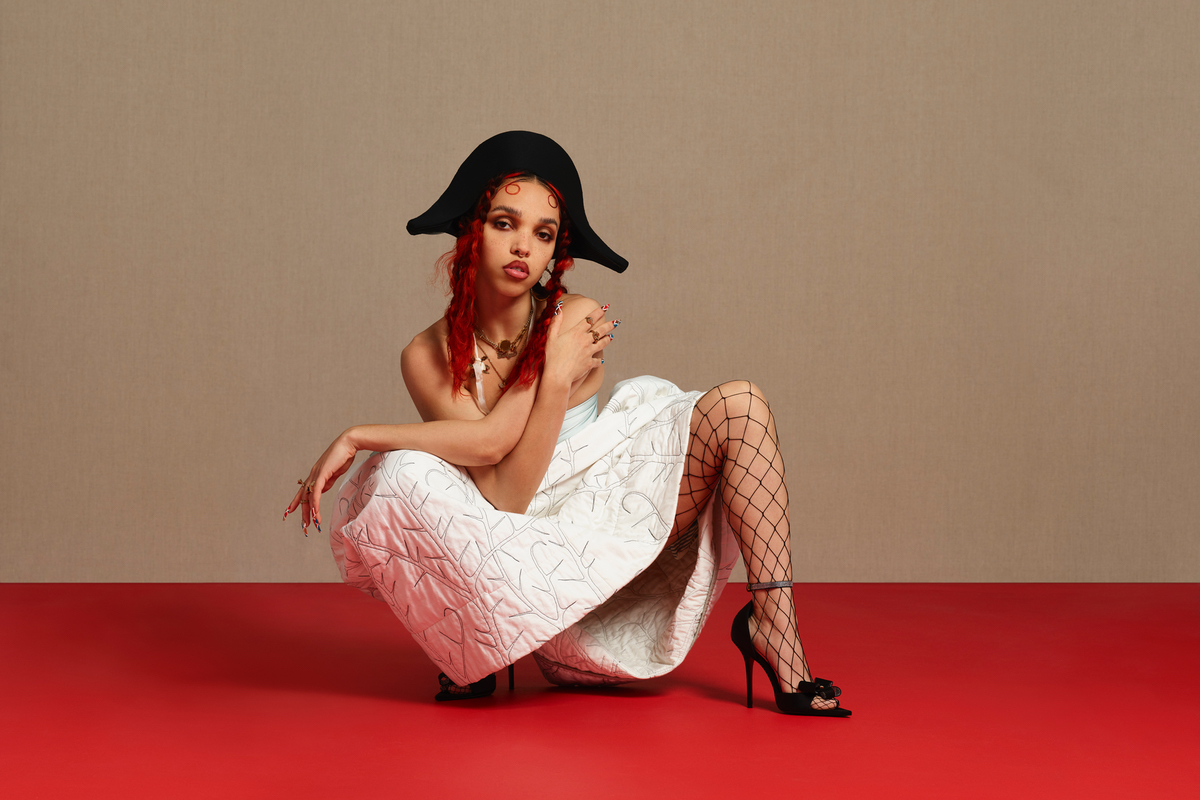 With production help from Skrillex and Jack Antonoff.

It’s been a whirlwind week for FKA twigs fans. Last week, she revealed details of her forthcoming second album, Magdalene, in her first interview since 2016. In it, she teased one of its tracks, a collaboration with Future called ‘holy terrain’. As more details around the album continue to surface, twigs is today (September 9) sharing the much-anticipated track, a trap tune co-produced by Skrillex and Jack Antonoff that is equal parts brooding and bewitching. Watch its music video below.

Speaking with i-D, twigs shared that the collaboration began simply by her texting Future. “His verse is beautiful,” she said of the final product. “He’s just talking about his downfalls as a man; how he’s sorry and asking for healing. I love sad Future. I love when he gets emo, when he expresses himself. It’s just so beautiful when he opens up.”

Magdalene will be released via Young Turks on October 25, five years after twigs’ critically-acclaimed debut LP1. The album, which includes previously released single ‘Cellophane’, is described in a press release as “the sound of twigs reconfiguring, emotionally and physically” following a breakup and laparoscopic surgery. “I never thought heartbreak could be so all-encompassing. I never thought that my body could stop working to the point that I couldn’t express myself physically in the ways that I have always loved and found so much solace”, twigs said in a statement accompanying the news.

“I have always practiced my way into being the best I could be, but I couldn’t do that this time, I was left with no option but to tear every process down.”

“But the process of making this album has allowed me for the first time, and in the most real way, to find compassion when I have been at my most ungraceful, confused and fractured. I stopped judging myself and at that moment found hope in ‘Magdalene’. To her I am forever grateful”.

Following Magdalene‘s release, FKA twigs will head out on a North American tour. Find those dates below.

FKA twigs shared the new information after Arca posted a video on Instagram earlier today discussing her involvement in making ‘holy terrain’ through vocal processing and synth programming. “The full credits are not online yet but a lot of people worked very hard to make this song what it is”, twigs wrote on Twitter, tagging Arca as well as Koreless, Sounwave, Kenny Beats, Laura Sisk and Poo Bear. View the full credits below.

some questions about contributions to holy terrain. the full credits are not online yet but a lot of people worked very hard to make this song what it is – thank you to @Koreless, @SounwaveTDE, @arca1000000, @kennybeats, @poobear, laura sisk @jackantonoff, @Skrillex & @1future <3 pic.twitter.com/2tQSeurkNH