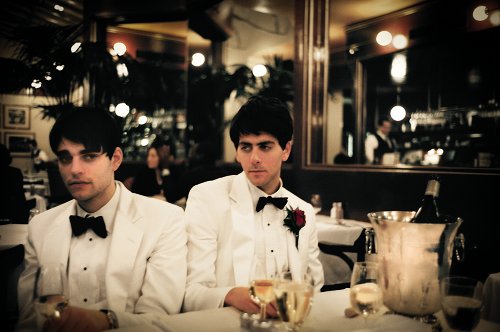 Jimmy Edgar reimagines the pair’s ‘Dangers Of The Mouth’, originally released on Visionquest, as a slice of sidewinder electro, charmingly loose and twice as louche. Footprintz’s vocals are warped beyond recognition, and Edgar bathes the whole things in a fuzzy afterglow. Click below to exclusively stream a snatch of the track.

‘Danger Of The Mouth’ is due as a 12″ on July 30, and will be backed by a remix from Tiga. The release will be available on Beatport exactly a month later