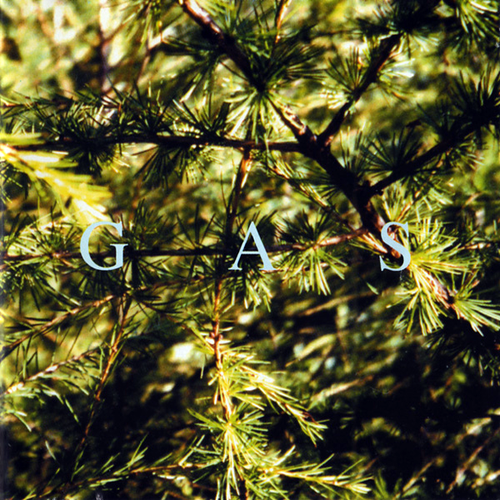 “I tried to think of something a bit more obscure than Pop, because I’m sure everyone knows that album, but then I thought, fuck it, if you put me on the spot I’d probably say it’s my favourite album most days.

It’s hard to put my finger on the quality that makes it stand out. With the artwork as well… it’s not inhuman, but sort of prehuman. It’s got that spooky forest atmosphere: the first half of it is really lush and welcoming, but then it just gets darker as it goes on. It’s very otherworldly, and very complete as a record. When I got it, I listened to it as I was going to sleep every night for about six months, just over and over again. I was really obsessed with living inside that record for a while, and there are not many records you can do that with, really.

It’s almost a bit New Age-y, with the sea noises and strings and that kind of stuff, but at the same time it’s quite dark and weird underneath all that, so it seems to bridge the waking world and the world of dreams quite nicely. It was a weird time of my life, and it was the best record for that! Still, I can see why Voigt didn’t make any more Gas records after that one – like he’d done the best he could and would leave it at that. Obviously he carried on making loads of music after that, but to walk away from a moniker or project when you’re at your peak is really admirable.

I read somewhere that [Voigt] took a lot of acid and went into the forest when he was a kid, and that’s what the records are about. It goes back to the non-human quality of it. I grew up in London, in the city, and I never really spent any time in the countryside when I was a kid. If I’m in a field with cows I get scared, but there’s that feeling of immenseness you can get in the countryside, that humanity is sort of irrelevant. Nature’s not even aware of us; you can be in the forest and feel what it was like before any humans came along. It’s quite a nihilistic feeling but it’s also quite lovely and freeing. There’s something in Pop‘s music that really captures the strangeness of the universe.

If I knew exactly what it was, I’d have ripped it off! But really, it’s very simple music — just simple loops of slowed-down classical music samples or whatever they are. There’s the odd bit of kick drum. There’s a noise on track 4 that’s just a pure bell noise where a snare should be, and I remember being particularly attracted to that noise and the sort of golden, chiming quality it had. It’s a very simple noise, and probably not hard to make. It would be quite easy to knock up something that sounded Gas-y, but there’s a power that he gets into all those sounds somehow. It’s more like alchemy, or voodoo.

It still has the same power for me, really. It hasn’t diminished. I mean, I won’t listen to it for a year, and then I’ll listen to it non-stop for a week. But even when I forget about it for a while it’s always, always there. There aren’t many records like that. I really like albums, and this one is sequenced perfectly — it doesn’t have too many tracks, or too few. It’s really hard to do that. You can just start listening to it and carry on indefinitely, in your dreams.”

By his own admission, Bass Clef has “a ridiculous barrage of records coming out this year”: an EP forthcoming on Public Information, a 12-inch on PAN, and a vinyl issue of his Acid Tracts tape. Then there’s an album under the Some Truths modular synth alias for Mordant Music, and a 12-inch on We Can Elude Control, Paul Purgas’ label, as well as something rather exciting – but currently under wraps – on his own Magic & Dreams label.