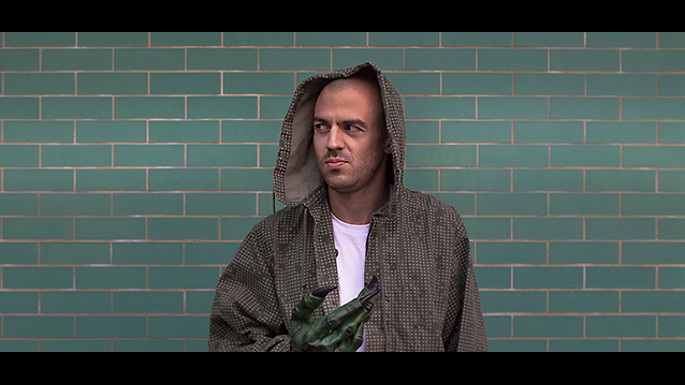 The deep house bandwagon’s wheels are yet to fall off, but there’s still plenty of superb house and techno being made.

In fact, with house’s dominance in the charts and festivals – and it’s not just going to be British and European festivals struck down by it, if certain insiders are to be believed – has come some noteworthy opposition factions. The likes of Beneath, Hodge, Facta and Acre [the latter featured here] are bringing dubstep’s weight to rolling house rhythms, while the artists orbiting Vancouver’s Mood Hut collective are happy to move at their own (often deliciously slow) pace. Then there are outsiders like Beatrice Dillion – we’d struggle to quite place her Studies I-XVII for Samplers and Percussion, but it already feels like one of the house records of the year, whenever it ends up coming out. Over the next 10 pages, FACT’s Angus Finlayson picks 10 artists that you should be keeping a keen eye on in 2015. 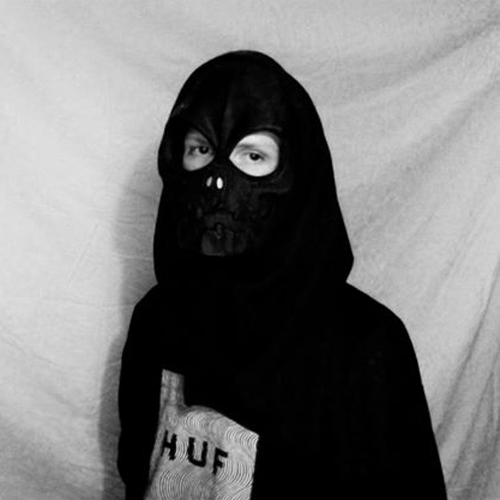 There have been several patches of new growth on the fallow field of UK dance music lately. Acre sits somewhere in between them. He’s released on grime outpost Lost Codes, but also Pinch’s Cold, where his murky, muscular beats gelled nicely with post-Livity soundsystem techno. Toward the end of last year he graduated from Cold to its parent label Tectonic; the Icons EP gestured at all kinds of styles past and present and, in terms of sheer inventiveness, put many of the Mancunian’s peers to shame. An Acre album is slated for release this year – unlike many UK young guns, we’ve no doubt that he’s up to the task. 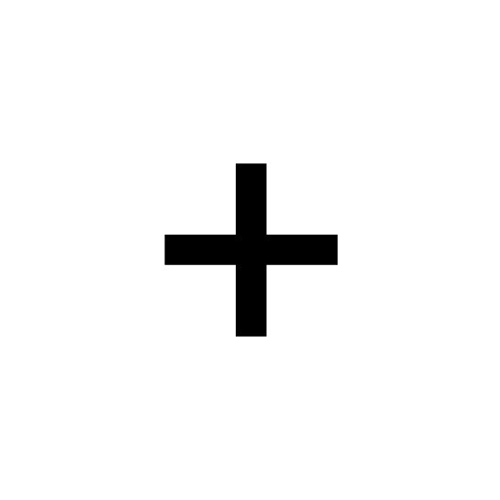 In terms of biographical detail, pretty much all we have to go on with Art Crime is the distro sheet for his WT Records debut, which identifies him as a Russian producer based in Moscow. Fortunately, all the info you need is there in the music: a quartet of intensely emotive house tracks for those who don’t consider dancing and weeping mutually exclusive activities. From ‘Release’’s piano euphoria to the bleary-eyed thud of the title track, Never Look Back has remained a go-to for full-body chills for the duration of 2014. It was WT’s only release of the year, and their best in some time; a smattering of clips on the producer’s Soundcloud suggest he’s got plenty more sobs up his sleeve. 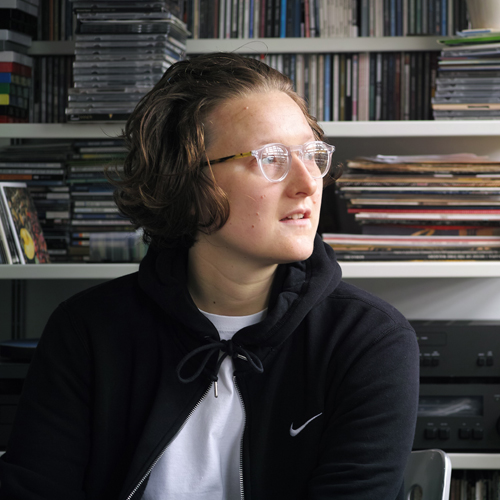 Denizens of certain corners of the internet will already be closely acquainted with Beatrice Dillon. This London-based producer has, in the past year, proven herself an astute selector of global music (in her Folkways II tape for the Trilogy Tapes) and a highly original producer (in Blues Dances, whose deft handling of live instruments betrayed the influence of Ricardo Villalobos). 2015 promises more of the same. The long-awaited Studies I-XVII for Samplers and Percussion, with regular collaborator Rupert Clervaux, is set to appear in the spring, followed by more material for the Where To Now? label. News that the producer has just migrated from an irregular Resonance.fm show to a monthly spot on NTS is equally welcome: with her excellent taste and easy manner, Dillon’s one of the best radio hosts on the web. 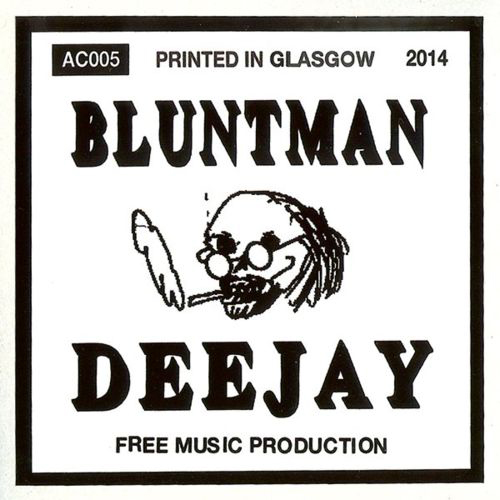 Part of the appeal of Vancouver’s Mood Hut is that it presents a unified front. Declining interviews and hiding behind multiple aliases, the label’s members seem more concerned with a shared aesthetic than with acquiring personal glory. Still, in 2014 they started to break ranks. Hashman Deejay scored a double pack for Future Times, while Pender Street Steppers entranced with a pair of singles, and Pender member Jack Jutson received well-deserved EoY plaudits for his exquisite ‘Looking Forward To You’. Bluntman Deejay (no, they’re not the same guy) is due a similar moment in the sun. It’s not like he’s lacking in pies and fingers – he’s one third of ‘Hut stalwarts Aquarian Foundation, and has past form for ambient zonk-out as Dream Carpets. Particularly promising were the two singles he released last year: a platter of New Age house burners as House of Doors, and the darker, richer Esoteric (Real) EP for All Caps. Both outlined a musical world of unusual depth and subtlety. Bluntman: your time. 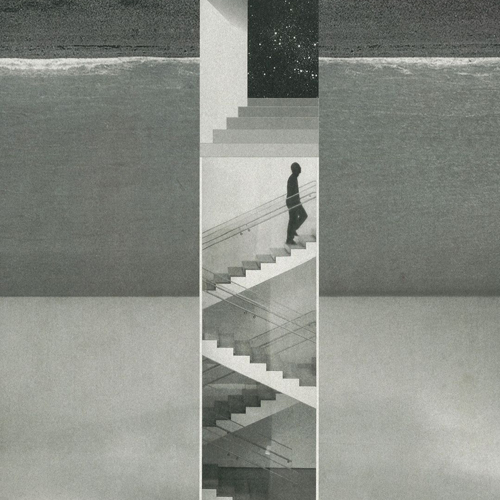 Released partway through last year, Drew Gragg’s debut EP revealed an artist with two sides. The A side was smooth, downtempo, intensely tasteful – catnip, in other words, for Nicolas Jaar’s Other People label. The B, meanwhile, saw the Montrealer dust off his kickdrums for a trip to house music’s pillowy nether regions. The highlight was ‘Metroplex Theme’ which, title notwithstanding, turned techno futurism on its head, recasting it as a gorgeous, coddled nocturne. It was the very definition of a slowburner; a description which, we suspect, will apply to Gragg’s career too. 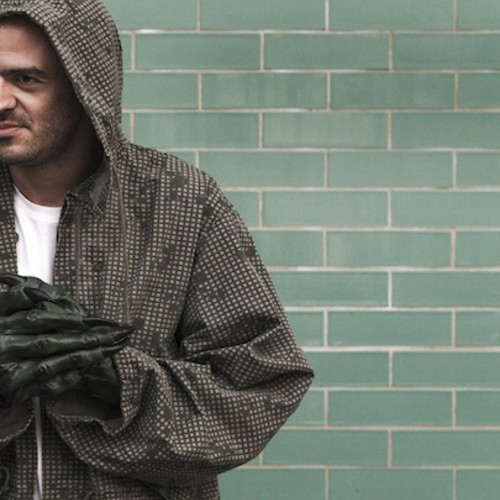 The Maghreban isn’t Ayman Rostom’s first trip round the block. The Londoner has been making grotty hip-hop as Dr. Zygote for well over a decade; his duo with Obiesie Adibuah, STRANGE U, sounds in places like the UK’s answer to Madvillainy. But Rostom’s career took a left turn last year when he decided to lock horns with house music. There have been no fewer than five Maghreban singles so far, most of them on Rostom’s own Zoot label. The title’s apt: they’re all thick with weed smoke, their lumbering beatdown grooves practically wheezing from the stuff. They’re also unashamedly good fun. The gnarled bassline on a track like ‘Amok Time’ is up there with Barnt in the dumb’n’fun stakes, while breakbeat-riddled whitelabel ‘Green Apple’ betrays Rostom’s allegiances to classic rave. Few producers were so inventive in 2014; with any luck 2015 will bring him the plaudits to match. 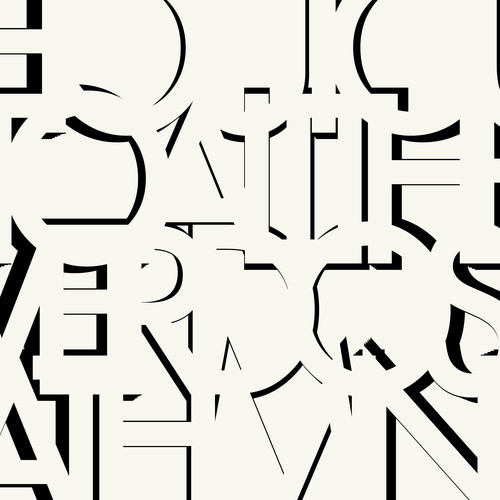 OK, this is stretching the definition of “house & techno” pretty far. Then again, when so many sectors of the underground lately have been committed to doing just that, it seems only good and right that the likes of Morgan Buckley should get a look in. The Dubliner’s debut, for Rush Hour’s No ‘Label’, was a fascinating collection of heatwarped guitar wanderings, crusty sampladelia and kosmische-tinged house grooves. The sound reached its apogee in ‘Weather Report’, a leftfield assault on the dancefloor quite unlike any other. Another release for the determinedly oddball No ‘Label’ – a split mini-LP with fellow Rathmines weirdo OB – is already inked in for this year. Judging by the clips things are only going to get weirder. 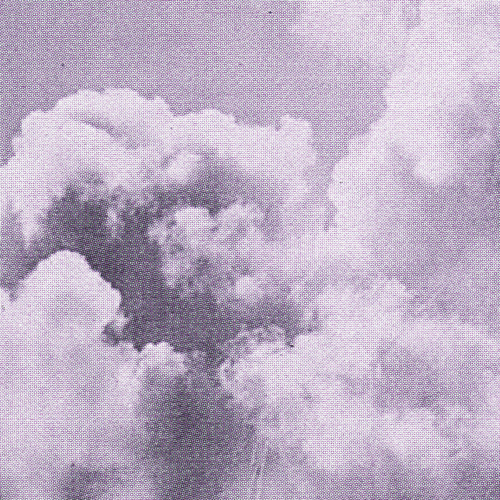 At this point Neuroshima is little more than a name on a couple of tracklists. Fortunately that’s more than enough to get us excited. Appearing on Kowton’s Solid Steel mix, aggy breakbeat stomper ‘Brute’ aimed for the rave-ready intensity of Tessela and – unlike other recent pretenders to his throne – hit the bullseye. Over on Airhead’s FACT mix, meanwhile, ‘Scanner’ echoed the more clinical experiments of Pearson Sound, only with a noxious sway all of its own. The latter track has been billed as forthcoming on All Caps sublabel ACT; that project appears to be on the backburner now, but tracks this good are bound to find their way onto wax somehow or other. 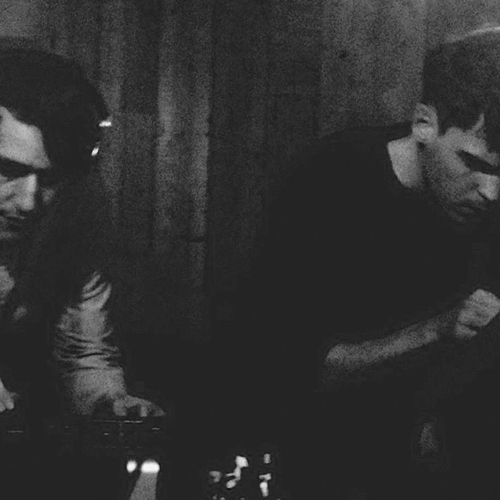 London’s Going Good label continues to impress, presenting itself as a safe haven for the sort of esoteric explorers whose output straddles genres and approaches. In this regard, the label has no better representative than Nummer. This London-based French duo have, over just a handful of releases, constructed a wonderfully rich, absorbing world, in which humid electro dissolves into wafting psychedelia, and straight-from-hardware lo-fi techno can be a thing of prettiness and surprising verdancy. They’ve already put their stamp on the new year with the super-limited, single-sided ‘To The D’. Its linear thrust suggests that that ‘D’ might stand for Detroit; wherever Nummer are headed in 2015, we’re happy to follow. 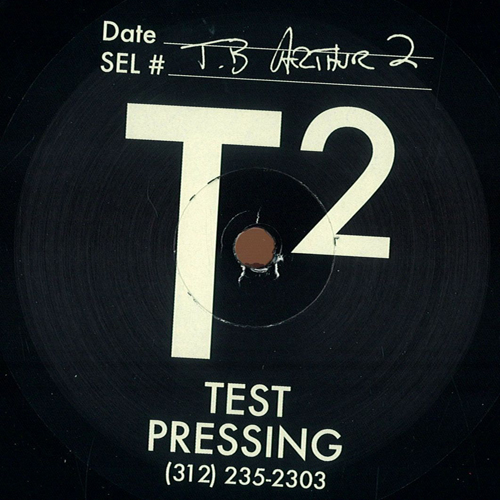 If the official story is to be believed, we’re fools to put T.B. Arthur on this list. The trio of whitelabel singles issued under the name last year, it’s claimed, were made back in the ‘90s. They were left to languish as test-pressings after the artist, who remains unknown, “owed people money and completely dropped out of the scene”. It all seems designed to intrigue more than to bamboozle – after all, how many ‘lost’ artists maintain a Facebook page? But while the marketing might seem unnecessary, the music certainly isn’t. Arthur’s acid techno workouts do a masterful job of balancing utility with personality; they’re playful, strange and unusually sluggish, as if that rave gunk your shoes picked up off the warehouse floor has suddenly taken on adhesive properties. Our money’s on Arthur “uncovering” some more bangers before the year’s out.