“Like a piano man with a vague memory of trip-hop”: James Blake, Beyoncé and more reviewed in FACT Singles Club

With the way individual tracks are now consumed, the idea of what constitutes a single has shifted dramatically in the last half a decade, and it’s for this reason that the songs reviewed across the next pages are a combination of 12″ vinyl releases, mixtape cuts, SoundCloud uploads and more. This week: Mssingno, James Blake, Brenmar, the surprise return of Beyoncé and more.

Tayyab Amin: Much of what’s being sold as modern soul music includes R&B-derived vocals, emotional-sounding croons, and electronics emphasising steady beats and washing ambience. How, then, does James Blake still manage to sound so astonishingly singular after the aesthetic onslaught? Here, his beats are restrained, his voice both strong and faltering, and his playing just shy of the main stage. (8)

Daniel Montesinos-Donaghy: As a contrarian who thinks Blake hasn’t been truly interesting since his masterful Untold refix back in the day, I will grudgingly admit that this is a pretty sexy Mayer Hawthorne song. (7)

Chris Kelly: I still listen to Blake’s first album and marvel at the way he sublimated his songwriting through his electronic impulses, but now he sounds like a piano man with a vague memory of trip-hop. (4)

Aurora Mitchell: At the same time as admiring how successful James Blake has become and wanting to bathe in his wobbling, ocean-deep voice, it feels like he’s veering more and more into boring crooner territory with the way he shapes everything around that voice. The gap between his productions and his peak time Radio 1 hits keeps growing wider and wider. Yearning for Hemlock and Hessle-era Blake more every day. (6)

Son Raw: What exactly is the difference between James Blake and Sam Smith again? This is overbearingly pained and blatantly pretty, but the modernity’s just a flourish and the soul’s thrice rewarmed. You want it to be over? Me too mate. (5)

Daniel Montesinos-Donaghy: Appropriately enough for an act named after an infamous Pokémon glitch, ‘Scope’ has the touch of an old-school digital lullaby, its nostalgia accentuated further with a sample from R&B also-ran Jay Sean. Its charms are very much of this era; your opinion on this may rest on whether you have patience for grinning at 80s baby youth signifiers. (7)

Chris Kelly: With a music box melody, chipmunked vocal and scintillating R&B groove, ‘Scope’ sounds like ‘XE2’ part two. But if your one trick is this effective, why bother changing it? (9)

Aurora Mitchell: There’s a certain palette that Mssingno works with, an ice cream truck jingle grime beat, a swelling, euphoric breakdown and a pitched-up, syrupy vocal to top it off. The formula is present in all its forms on ‘Scope’, but overall its saccharine become a bit overpowering, and it doesn’t reach the heights of his previous productions. (6)

Tayyab Amin: I am 100% smitten with Mssingno’s brand of Valentine’s grime. This is packed with addictive energies, heartstring-plucking melodies, and unshakable, lingering vocals that play over in the mind. Out of nowhere, Mssingno confronts each of us with a chapter of private romance so dear that we’d never have shared it. (10)

Son Raw: Question: is 2016 R&G’s year? I hope so, else the glut of tired Wiley samples and moody instrumentals risks dragging grime down the same tired road as dubstep. ‘Scope’ supercharges Mssingno’s aesthetic by ramping up the intensity; it winds itself up into an explosive ball of emotion but you can’t tell if you’re supposed to cry tears of joy or sadness. More please. (9)

Son Raw: Answer: 2016 is indeed R&G’s year. This might the best track Murlo and Deadboy have ever made, scrubbing the grit out of grime to reveal the hyper-shined plastic sound of PC Music, only actually good. I’m not saying cartoon-speed ragga vocals are the sound of the future, but I damn well hope they’re the sound of the present. (10)

Chris Kelly: Can we reclaim “tropical house” and use it to describe whatever Deadboy and Murlo are up to? These guys go together like rum and coke. (9)

Aurora Mitchell: Ah, here we go, another ice cream truck jingle grime track, this time the flavours are more balanced. I’ve been dancing to this and the flip side ‘Ride Wit U’ in dark rooms and hearing them on radio shows for the past year and a bit and it still sounds as fresh, if not more so, as hearing it for the first time. The crystalline ambience of Deadboy’s recent material mixed with that unmistakably Murlo melody and a hefty bassline sounds so great. Full collab album please. (9)

April Clare Welsh: THANK U FOR THIS. I may have consumed four sugary coffees already today but no amount of caffeine could top the rejuvenating effect this song has had on my Monday morning psyche. With riddims coursing through my veins like a dancehall-powered quicksilver, this is one collaboration I can 100% get behind. (8) 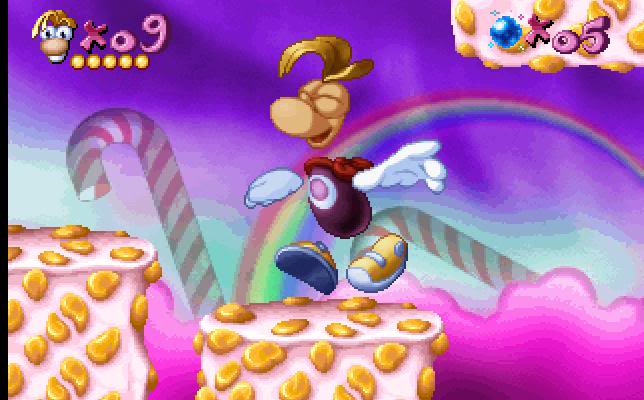 Tayyab Amin: I should like this track a lot, but I don’t, and that’s frustrating. It’s like it has all the right ingredients, but they’re fat-free, off-brand alternatives. The beat ticks over more than it bangs, some of the flows don’t do enough to own it, and the hook is weak. You still get your cake in the end, though. (5)

Aurora Mitchell: Probably says something about how good I thought the track was that I was more excited about the Instagram video cameos from Siobhan Bell and Rome Fortune. The autotune and snares just kinda lie there placidly. (4)

April Clare Welsh: Maybe I’m too old to understand the video and maybe I’m too boring to appreciate the song, but this is probably one of the reasons I don’t go out much anymore. (3)

Son Raw: I can’t be mad at BeatKing getting shine but the beat sounds like a rejected A$AP Weed-Carrier demo. (4)

Daniel Montesinos-Donaghy: CLUB GOD! BeatKing may be one of the most consistent rappers working today as a result of his music’s pure single-mindedness, and this collaboration changes not a single thing, bar a Fool’s Gold co-sign. (7)

Chris Kelly: While I prefer Brenmar’s R&B-dance hybrids, he clearly knows how to build a rap anthem, slowing things down and giving enough air for big-voiced personalities like BeatKing and ManMan Savage. Fool’s Gold’s rap-club axis continues to deliver. (7)

Chris Kelly: What a time for the dembow, a rhythm you can hear in Justin Bieber singles *and* in metallic mood-setters like ‘NXN’. The palette might be similar, but there’s nothing deconstructed about the club music here — put on your mech suit and get to two-stepping. (8)

Aurora Mitchell: Highly into the dystopian, mechanical imagery that has been adorning club tracks for a while, such as the artwork for this. It’s a genre that excels in taking risks, though ‘NXN’ is a more restrained, quietly hissing effort, the disparate flashbulb clicks providing the unexpected moments. Definitely has the potential to take on a different form when played at an Endless party. (7)

Daniel Montesinos-Donaghy: Similar to the nightmare-tribal currently represented by NAAFI, this ambles along through the musk for four minutes without ever threatening to evolve out of its twilight mood. (6)

Son Raw: File this one under songs to play at 5am when no one can stand up but everyone wants to keep dancing. There’s a champagne tipsy vibe undercutting the melancholy and darkness, but that rhythm is so compulsive your legs want to keep moving despite yourself. (7)

Tayyab Amin: I definitely want to hear this in the mix and on the floor. It shows some restraint in its execution, finding its sweet spot and sauntering right through it. Not everyday banger, sometimes genial body-mover. (8)

April Clare Welsh: This is a pretty fine stew of post-everything. I love the creeping melody and how the track frames a flickering nocturnal Lisbon while ladling Afro-portugese rhythms over Asiatisch-flavoured synth strings. Tasty. (8)

Chris Kelly: Perfection, from the elastic beat to the powerful lyrics to the nonchalant performance (to say nothing of the flawless video). Eminently quotable and easily memeable, ‘Formation’ is built to last. And if her last album was the reminder that Beyoncé is a feminist, ‘Formation’ is her refusal to let the world forget that she is a strong, black feminist, at that. (10)

Daniel Montesinos-Donaghy: Separated from the video, ‘Formation’ is a strong introduction to the next period of Beyoncé’s career, ramping up her #flawless lifestyle and proud politics into one statement for the club and for forward momentum: “Now let’s get information”. It hangs together oddly, jagging without much of a payoff in the same way that ‘7/11’ did, emphasising energy at the expense of craft. But what energy! (7)

April Clare Welsh: Whatever you may think of Beyoncé, however many times she may have been off in the past, nothing will dilute the importance of her performing what is essentially a #BlackLivesMatter-themed song at an all-American event like the Super Bowl. It’s about time Beyoncé clenched her fist, amped up the dirt and used the massive platform she has to actually say something. The fact that this is a kind of leftfield trap roller and not a polished pop banger makes it go down even better. (9)

Aurora Mitchell: On her last record Beyoncé started showing a more politicised side, bringing feminism to the forefront. ‘Formation’ sees her highlighting racial and criminal injustices throughout history with references in both the track and the video, including a namedrop of 1997 crime film Albino Alligator and a clip of YouTube personality Messy Mya, who was tragically murdered in New Orleans in 2010. When Bey announces, “You might just be a black Bill Gates in the making / I just might be a black Bill Gates in the making,” it gives me goosebumps. I like that she seems less focused on making colossal singles than well-crafted tracks that flow together beautifully in an album context at the moment. (8)

Son Raw: I don’t find multimillionaire pop star Beyoncé’s timely turn to the militant believable for half a second, and I reckon there’s been hot sauce in my bag more recently than hers. That said, this isn’t for me, it’s for a Beyhive that hangs upon her every word, and if this instill pride, shines a spotlight on important issues and does it all over a banging Mike Will beat, I don’t see the harm. Even the Rolling Stones hung out with Godard and had a Marxist phase. (7)

Tayyab Amin: Of Beyoncé’s hip-hop tunes, I like this the most. ‘7/11’ felt a little (intentionally) vanilla, helping set the stage for ‘Formation’. She puts the team on her back for this one, making one of her most powerful and uncompromising statements yet. Lyrics, delivery, instrumental, context – it’s well-realised and wholly complete, and the twang at the start makes my ears prick up each time. Alongside the video it’s a (10), but (8).