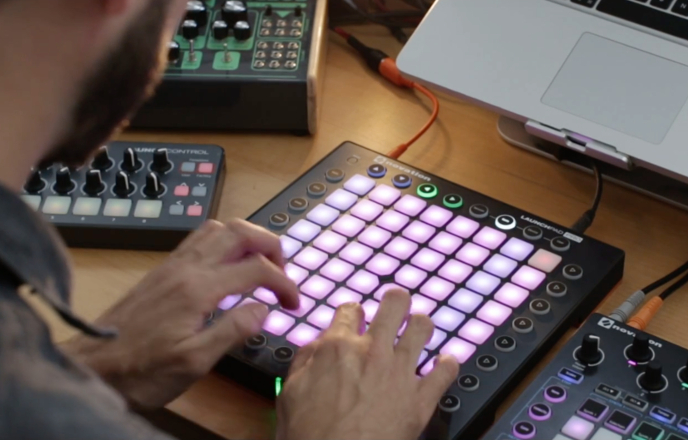 Novation has updated its popular Launchpad Pro controller with feature much requested by its user base: a scale mode.

The new mode means that anyone using the controller can play basslines, melodies, chords and leads in key without the need for any knowledge of musical theory. It was conspicuously absent from the controller when it launched last year, despite Ableton’s Push controller having a similar feature for several years.

It works in a similar way to Ableton’s scale mode, applying the controller’s pads only to the notes in a chosen scale. Novation’s update offers 32 keys and modes, including major, minor, phrygian and the Japanese iwato scale.

The new feature will function with Ableton Live and any other workstation, but also works with hardware synths and other external gear via the Launchpad Pro’s built-in MIDI connection – something you can’t do with Ableton’s Push.

Novation has also produced a video explaining the functionality of the firmware update, which can be downloaded here.

Novation recently updated its Circuit hardware as well, adding extra sample power to the all-in-one groovebox. According to Novation, the scale mode is inspired by the layout of Circuit.