Cut Hands has announced a new single, ‘Black Mamba’, to be released through Blackest Ever Black in July.

The 12″ vinyl-only will be available in a “limited edition” of currently unspecified number, and, like all previous Cut Hands offerings, will feature original vévé artwork by Mimsy DeBlois on its cover.

Cut Hands is the alter ego of William Bennett, founder and sole constant member of potty-mouthed noise institution Whitehouse. While Bennett has enjoyed underground notoriety for more than 30 years, his Cut Hands project has earned him a whole new audience, and the kind of widespread critical acclaim that the incorrigibly, wilfully offensive Whitehouse have always been denied. Cut Hands’ music combines African and Ghanaian percussion – which crept into the make-up of the last three Whitehouse albums, Bird Seed (2003), Asceticists 2006 (2006) and Racket (2007) – with generally caustic, occasionally serene, electronic sounds coaxed from various synthesizers and effects processors, all bound together conceptually by Bennett’s long-standing interests in African culture, vaudou and extra-linguistic communication.

The debut album by Cut Hands, Afro Noise I, was released on CD in 2011 through Bennett’s own Susan Lawly label, and earlier this year was released on vinyl by Dirter Promotions in two parts, with extra tracks. ‘Black Mamba’ is Cut Hands’ first release on Blackest Ever Black [full disclosure: a label independently operated by FACT’s Kiran Sande], though his association with the London-based imprint extends back to 2011, when he performed live for a Blackest showcase in London alongside British Murder Boys and Raime.

‘Black Mamba’ is Cut Hands at its most intense – a punishing, polyrhythmic percussion workout poised beautifully between the violent and the hypnotic. B-side cut ‘Krokodilo Theme’ is a disarmingly beautiful, dare we say ambient piece, which originally featured on the soundtrack of the Vice documentary Siberia: Krokodil Tears, which explored the region’s widespread abuse of  ‘krokodil’ – a synthetic opiate, made from petrol and codeine, that’s stronger than heroin and is so-called because of its tendency to turn users’ skin scaly, before invariably killing them. How lovely.

The ‘Black Mamba’ 12″ is available to pre-order here. A new Cut Hands album, also titled Black Mamba, is due to be released on Susan Lawly in Autumn. 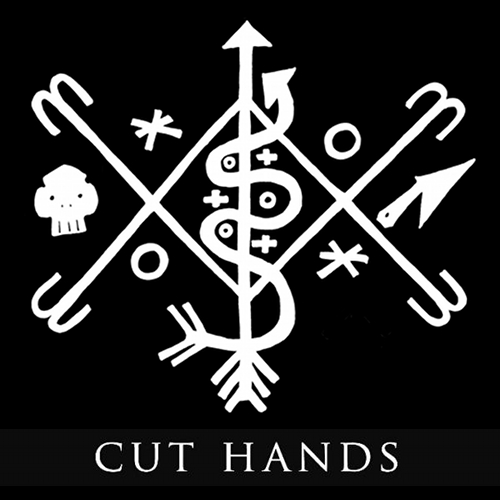