With the way individual tracks are now consumed, the idea of what constitutes a single has shifted dramatically in the last half a decade, and it’s for this reason that the songs reviewed across the next pages are a combination of 12″ vinyl releases, mixtape cuts, SoundCloud uploads and more. This week, Ariana Grande, Mark Pritchard & Thom Yorke, Young Thug, Rihanna and more.

Aurora Mitchell: YouTube user Emily Harrower says, “this sounds like it should be on a boohoo.com advert.” That pretty much sums it up: inoffensive “sound of the summer” pop to soundtrack “outfit of the summer” adverts. Ariana’s voice can be so gorgeously displayed with minimal backdrop and she deserves a lot better than this track’s Disclosure-indebted production. But for that voice alone, this gets a (5).

Tayyab Amin: As always, Ariana Grande makes stanning for her a formidable task. ‘Dangerous Woman’ sounded great, I would so love to see that do it as a Bond tune (as unimportant as I think that phenomenon is). She’s got a real knack for changing directions and making high street music work for her. ‘Be Alright’ is just another example of that. Granted, she’s versatile, but I’d rather hear tracks that shine over ones that simply function without the wheels coming off. And did it have to be such a characterless beat? (5)

Daniel Montesinos-Donaghy: What’s intriguing about the bombast of Grande’s voice is that her vocal performance on ‘Be Alright’ becomes minimalist by proxy – otherwise this song would thump rather than muffle. As pop-house singles go, it’s a strong effort, with a steeliness showing that the vocalist believes in the confidence of the words. As a stage in Grande’s fruitless third album campaign, it lacks a certain spark, but that spark was located in last year’s busy-busy dud ‘Focus’. Perhaps minimalist-by-proxy is the wave to ride for Grande in 2016. (7)

Chris Kelly: This is definitely an improvement over the slow-motion, anything-but-dangerous ‘Dangerous Woman’: Ariana Grande should be starting dance parties, not getting stuck in Adele’s midtempo quicksand. It is a little too close in sound to this Mura Masa/Nao track, but is anyone surprised that pop cannibalizes its young? (7)

Son Raw: What’s often forgotten in the internet’s relentless drive to intellectualize pop is that the best stuff sounds effortless: if you need a thinkpiece to appreciate it, the song doesn’t work. Unlike Kendrick’s, we already knew Arianna Grande’s demographic was going to be alright, but that doesn’t make the chunky groove any less propulsive or the vocal any less joyful. (8)

Daniel Montesinos-Donaghy: For an artist that occupies vast swathes of music fans’ mental real estate, we actually see and hear from Thom Yorke more often than we think we do: actively protesting, DJing, idiotically comparing YouTube to the Nazis. It is just that Radiohead albums take so long to come out that when he features on records, he seems to have floated in from another realm. Like on Flying Lotus’s ‘Electric Candyman’, he acts here as a filter, double-tracked and watery, languidly mumbling nothings into the stratosphere. How Pritchard tussles with Yorke’s vocals is the real gift, as his control of placing and warping the vocals melts into the dilapidated loveliness of his music. You can visualise the years this will spend as a bed to television images of natural beauty, like misty mountain peaks and airborne shots of flourishing terrain, and that’s a compliment. (7)

Aurora Mitchell: Yorke in solo/collab mode has a tendency to veer into snoozy, indulgent territory but this is a tight meeting of minds. That flittering panpipe melody cruises so placidly over Yorke’s lullaby-esque vocals. (7)

Chris Kelly: Pritchard’s ambient lullaby seems to have done the trick, as Yorke delivers a half-asleep melody with his vocals tucked under a blanket. Global Somnambulism. (4)

Tayyab Amin: There’s an uneasy yet graceful calm about this, a tempest in slow motion. I love how the track delicately fluctuates in intensity. Mark Pritchard’s album sounds like it’s going to be especially radiant. (8)

Son Raw: Thom Yorke guest spots, Rabbit in Your Headlights aside, trend towards the understated and this sticks to the rule; which means the Radiohead front man stumbles through Pritchard’s flute loops like he’s in a ketamine haze. Thankfully, no one makes foggy depression sound more appealing than the latter day saint of mopiness: just don’t mistake the beauty for profundity. (7)

Son Raw: This ignores all of David Bowie’s important legacy by having Trey Songz ramp up the shlock in an entirely misguided, corporate-mandated effort to ram “that real ‘70s music” down the throats of anyone unlucky enough to still be watching Vinyl. Well done HBO: you’ve made me hate Bowie in 2016. (0)

Aurora Mitchell: There’s something unnerving in how streamlined and perfect Songz’ cover of Bowie’s classic is. On a technical level, there’s very little you could fault Songz for. A cover version should put its own slant on a track but this just takes it so far away from the original that it strips away all the personality and quirks of the track. (4)

Chris Kelly: So is Vinyl just Glee for baby boomers? There are no faults in Trey’s performance, but this feels like a perfunctory tribute, especially compared to something like Seu Jorge’s Bowie-approved take on the song. (6)

Daniel Montesinos-Donaghy: A jolt from a man whose career maturation has been associated with increased levels of raunch into a straight-ahead, powerful rendition of a ‘70s rock standard. You can claim a rockist bias and call his barebones reading unadventurous, but this is easily the best showcase of Trigga’s vocal ability in some time and a real showcase. (9)

Daniel Montesinos-Donaghy: Craft-wise, this stands heads and shoulders above everything else covered this week, from the Hong Kong action movie synth patterns that open the song to the curiously evolving shuffle-percussion throughout. ‘Landcruisin’ has a Technicolour ambition held within its blog-cycle frame, and Paul sounds as eager as possible to outgrow his frame as soon as possible. (9)

Tayyab Amin: I’ve waited so long to hear more of this gritty, grainy, eau de D’Angelo-doused sound. Both Jai Paul and perhaps more evidently the Child of Lov (rest in peace!) were channelling this style and it truly brings joy to my heart. ‘Landcruisin’’ feels so wonderfully complete. I love the occasional deep drum rumbles and how the revving transforms into guitar, later disappearing off in the distance. The kitchen counter percussion, those Woon croons and the biker jacket attitude of, “I’m landcruisin’… Straight cruisin’.” (9)

Chris Kelly: I’ve heard people prattle on about Jai Paul for a half decade on the strength of two songs, and A.K. Paul is still being billed as “Jai Paul’s brother”. Can we just admit that one of the emperors of the blog era has no clothes? This is a fun but forgettable bit of Prince tribute, reminiscent of Miguel circa Art Dealer Chic, but not exactly the Sound of 20XX, is it? (5)

Aurora Mitchell: This sounds like the soundtrack to the opening scene of an action film where everyone’s clothed head to toe in leather and rides a souped-up Porsche. The way Paul twists and moulds glam rock guitars with those clacking pinball lever drum hits is smile inducing. It all has a very Back To The Future vibe and I’m definitely here for it. (8)

Son Raw: I suppose this will do if you’re still pining for peak-era Prince, but don’t kid yourself: this is not the Paul you are looking for, move along. (6)

Chris Kelly: Young Thug is so far ahead of everyone else in rap (and pop music in general) that the thousands of words about his hundreds of songs seems inadequate. ‘Digits’ is not necessarily new – especially compared to the percolations of ‘Drippin’ – but even over a standard issue London on da Track beat, Thug turns his flow in an arpeggio and unveils koans like “Why not risk life when it’s gon’ keep going?” Why not, indeed. (8)

Tayyab Amin: Thugger consistently drops bangers in such a casual manner, it’s ridiculous. The instrumentals he jumps on slap so hard and his delivery hits with the velocity of a 47-hit beat-‘em-up chain combo. But he’s talking about, “My racks are squeakin’, I’m not fartin’.” This combination of features all add to what makes him so enigmatic and awe-inspiring. Being a Thugger fan these days is a constant feeling of riding round with your whole crew bouncing in tandem to the beat and making the car hop too. (8)

Son Raw: Who’d have guessed Thom Yorke would out-mumble Thugga this week? London on da Track’s production is par for course, and I’m hoping for something that breaks the 808s n’ muted synths stranglehold for Hy!£UN35, but for pure flow, no one in Atlanta’s touching this right now. Let’s hope Lyor’s artist development pushes him outside of his comfort zone. (7.5)

Daniel Montesinos-Donaghy: A fairly cookie-cutter collaboration between Thugger and London on da Track, a team that have been responsible for some incredible moments in the past but fall into a standing pattern here. Over London’s trampolining drums, Thug waxes philosophical before a more salient thought distracts him. (5) 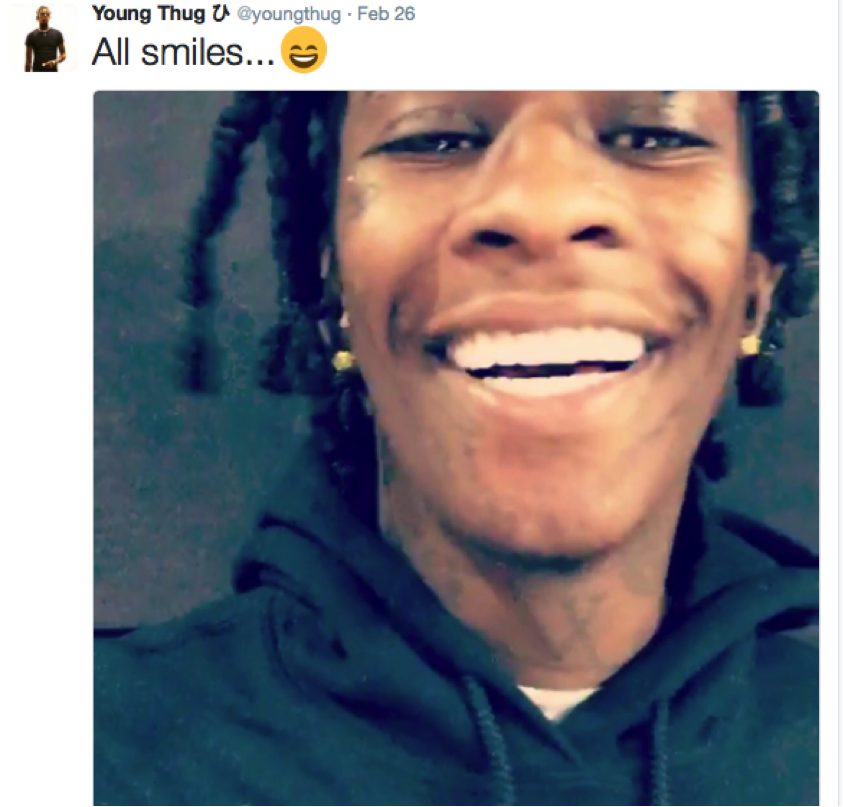 Son Raw: I labeled Rihanna’s vocal “more tossed off than alien” in our original Singles Club round-up and I stand by that, though like everyone else on Earth, the hook has since burrowed its way into the deepest recesses of my brain. Meanwhile, Murlo’s been on an absolute tear with these R&B remixes, and he’s one clued-in A&R away from superstardom. This pulls off the double trick of reinforcing the dancehall bump while wrapping the song in textures that make it worth hearing. (8.5)

Chris Kelly: Another shimmering, sultry remix in the Murloverse. But as with the original, Drake’s verse has quickly grown stale. Can we get a Drakeless edit, please? (7)

Tayyab Amin: Roll up, roll up! Witness the wonders of the amazing, the inimitable, the outright incredible, Midas Murlo! He’s done it once again with the signature sound. And there’s something about that sound that’s essentially world-building, where each of his productions is adding new facets and subtleties to the airy, bouncy atmospheres he’s known for creating. It’s particularly evident in his work surrounding vocals, and it’s worth celebrating that only he can take us there. (9)

Daniel Montesinos-Donaghy: ‘Work’ has substantially grown on me since we reviewed it here a month ago, and will certainly continue to do so as the weather begins to smooth out towards something resembling heat. Murlo’s remix of the single offers an alternative spin, indebted to cool-kid R&B steeped in club music, pushing ‘Work’ away from its bashment origins. It works well, adding drama to a composition that floats along, but a sex song like ‘Work’ doesn’t require drama – not all sex requires drama in the first place. (6)

Aurora Mitchell: Whenever a new Rihanna track comes out now, you’ll find me waiting patiently on SoundCloud to see which grime/club producers will have a go at reworking it. This time, it’s the ever-smooth Murlo coming through with my favourite Rihanna edit so far, sitting high with Dinamarca’s ‘Numb’ bootleg. Adding an electro-funk bassline and placing his crystalline synth melodies beneath her and Drake’s vocals, Murlo takes one of Rihanna’s mellower cuts into an even more peaceful place. (9)