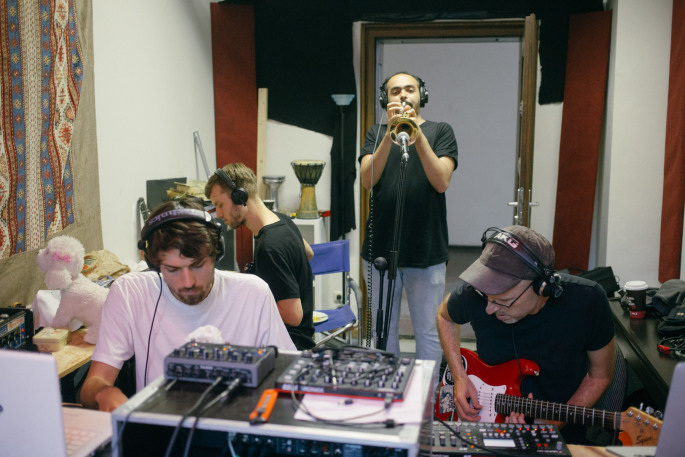 A somber exploration for their sophomore collaboration.

German group Carl Gari and Egyptian musician and poet Abdullah Miniawy have announced their second collaborative album The Act of Falling from the 8th Floor.

The 6-track EP is built around Miniawy’s poem in the song ‘B’aj بعاج’, which weaves a narrative of him jumping from the eighth floor of a building in his old hometown of Cairo. As he falls, he “describes a unique scene happening on every balcony, painting a dark picture of Egyptian society.”

Miniawy’s recitations, singing, and screams feature heavily on the EP against a backdrop of Carl Gari’s sparse rhythms and haunting, goth-inflected soundscapes.

The The Act of Falling from the 8th Floor 12″ will be released on September 6 and is available for preorder at Whities’ Bandcamp.