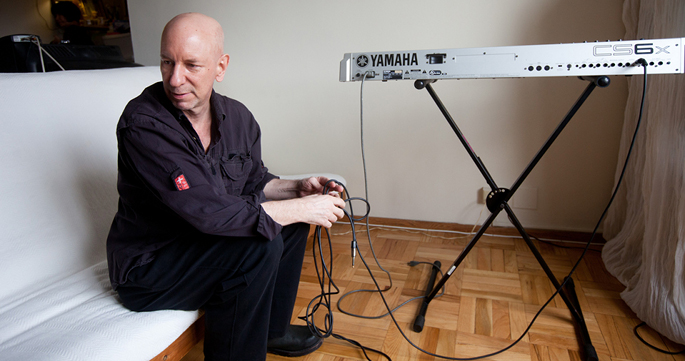 Stuart Argabright’s soundtrack project will return with its first new output in 17 years.

Black Rain emerged out of the ashes of post-punk standard bearers Ike Yard, beginning life as an industrial outfit and eventually slimming down to a two piece consisting of Ike Yard singer Argabright and Shinichi Shimokawa.

Turning their focus to dense and evocative electronic composition, the pair were approached in the mid-1990s to produce the OST for little-loved Keanu Reeves vehicle Johnny Mnemonic, plus a score for an audiobook of William Gibson’s Neuromancer. Neither did the group many favours: the former was effectively cut from the film, and the latter made pretty meagre ripples.

A compilation of said music, 1.0, followed in 1995, with a second album – Nanarchy – released in 1996. The group was subsequently pulled back into the spotlight in 2012 by Blackest Ever Black, who put out freshly remastered versions of the band’s soundtrack work on the Now I’m Just A Number LP.

Good news for those who recently (re)discovered the project: Blackest Ever Black will release a new Black Rain concert 12″, Protoplasm, in July. The collection was recorded at the label’s Corsica Studios showcase back in October 2012, and features brand new material written and performed by Argabright. Doubly exciting is the news that a full Black Rain album – their first since Nanarchy – will arrive on the label in 2014. Further Black Rain archival releases are also due later in the year on Desire Records.

FACT have the first play of the title cut, a windswept electro track, somewhere between vintage Muslimgauze and Shackleton’s brittle shadow music; peep below to listen. Protoplasm is due in July.