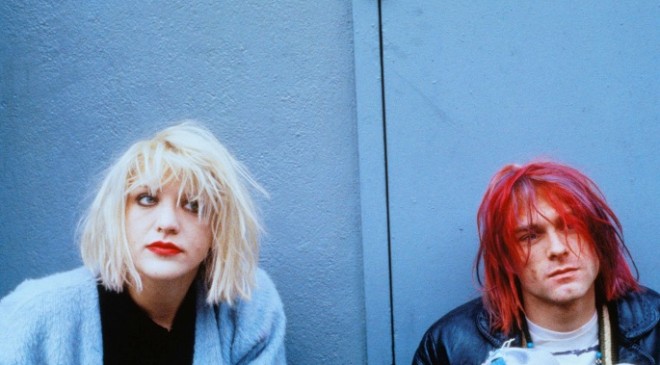 The Hole frontwoman sheds some light on Jay-Z’s new album.

In an interview with The Huffington Post, the controversial musician says that she gave Jay-Z permission to use some of the lyrics of Nirvana’s ‘Smells Like Teen Spirit’, presumably for his Magna Carta Holy Grail album.

“I’m letting Jay-Z use lyrics – Francis would freak [if she knew this.] Jay-Z’s huge and we’re friends. I mean we’re not besties or anything,” she said. “They [used it] without asking, which is kind of nervy but the business side has been taken care of so it’s fine.”

This isn’t the first Hova-Nirvana connection: Love covered ’99 Problems’ at Sundance this year (below), and as Consequence of Sound points out, Jay-Z has spoken about Nirvana’s groundbreaking single in the past. “It was weird because hip-hop was becoming this force, then grunge music stopped it for one second, ya know?” he wrote in Pharrell Williams’ 2012 book Pharrell: Places and Spaces. “Those ‘hair bands’ were too easy for us to take out; when Kurt Cobain came with that statement it was like, ‘We got to wait awhile.’”