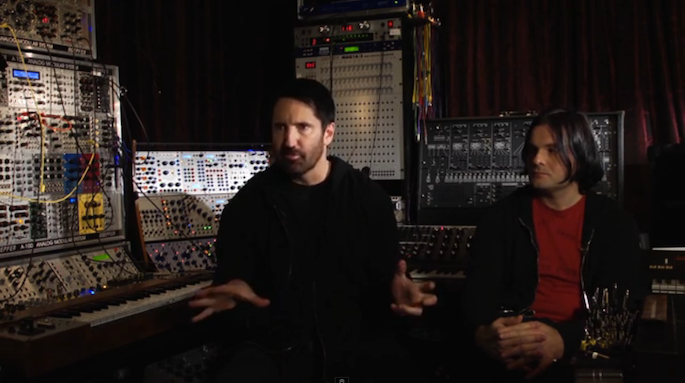 I Dream of Wires is an independent documentary that details “the history, demise and resurgence of the ultimate electronic music machine, the modular synthesizer.” It features interviews with Throbbing Gristle’s Chris Carter and Skinny Puppy’s cEvin Key along with contemporary synth obsessives like Legowelt, James Holden, and Factory Floor.

In an extended interview clip, Nine Inch Nails‘ Trent Reznor and Alessandro Cortini are interviewed about their love of modular synths, recorded in what appears to be Reznor’s gear-heavy studio.

Watch the clip and the film’s trailer below. The “Hardcore Edition” of I Dream of Wires is available to purchase on Blu-Ray now. [via Pitchfork]