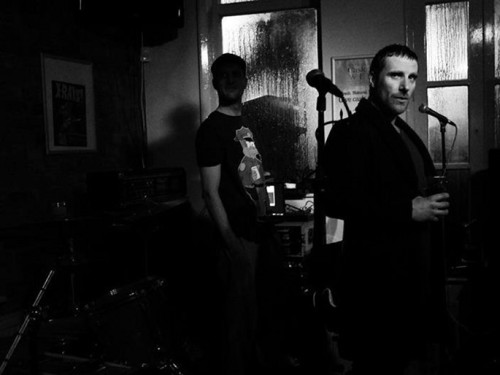 More bile from the lo-fi rebels.

The rise of Sleaford Mods over the past 12 months has been a joy to behold, with the shifty Nottingham duo charming even the broadsheets with their raggedy, lo-fi take on punk poetry pitched somewhere between The Streets and John Cooper Clarke. We took them to our bosom on last year’s venomous Austerity Dogs, which they quickly followed up with this year’s Divide And Exit, both on Harbinger Sound, and now they’re back already with a new release on Invada.

The Tiswas EP features four new studio tracks alongside ‘Tiswas’, lifted from Divide And Exit, the latter of which is succinctly described by the band as follows: “An attack on the waning power of guitar based rock n roll and its short-sighted viewpoint combined with the armchair anarchic lobbyists who fucking point their fingers at the masses like c***s.” Splendid.

The record will be released digitally and on yellow and orange vinyl (matching the colours of the ’70s kids TV show it takes its title from) on November 24 via Invada.

FACT’s Louis Pattison met the Mods earlier this year for an expletive-strewn chat about mod, Maggie Thatcher and the Wu-Tang Clan.