These wireless earbuds let you customise the frequencies you hear 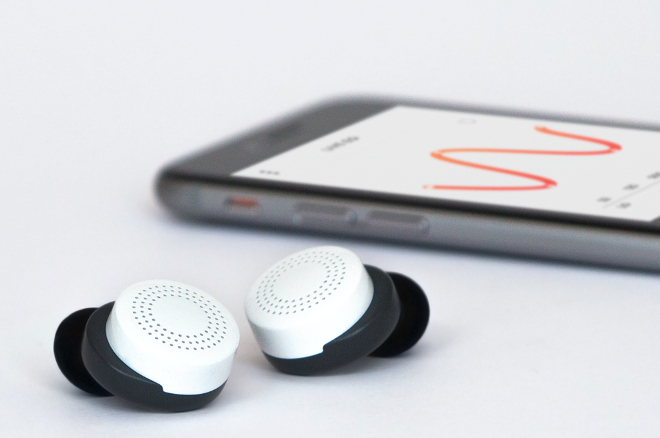 The Here system lets you filter your surroundings using your smartphone.

US company Doppler Labs has launched a Kickstarter for a set of wireless earbuds it claims are capable of filtering out certain frequencies from your surroundings as well as adding them.

Going under the name Here, the “active listening system” lets you control the audio that enters your ears. Each earbud contains a digital signal processor connected to an app that functions as a remote control, letting you adjust the volume on your surroundings and even equalise them by adjusting bass, mids and treble.

The Here app also features presets for a variety of situations – for example settings that suppress jet engine noise on an aeroplane or background chatter in an office. As well as filtering out unwanted sound, it’s capable of augmenting your surroundings by boosting bass in a club or adding reverb.

While the product is currently in the prototype stage, Doppler Labs have a proven track record in audio filtering – last year they released the Dubs Acoustic Filters, a set of earplugs that have gained very favourable reviews since launching.

Here is expected to ship in December. If you’re interested, you can register your interest at Kickstarter, where prices start at $179. You can find out more in the video below. 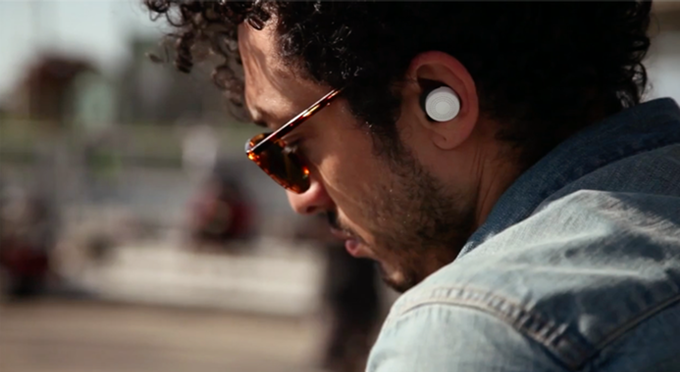 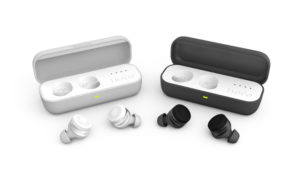