“There is no worse feeling than being misunderstood”: Macklemore releases statement following anti-Semitism controversy 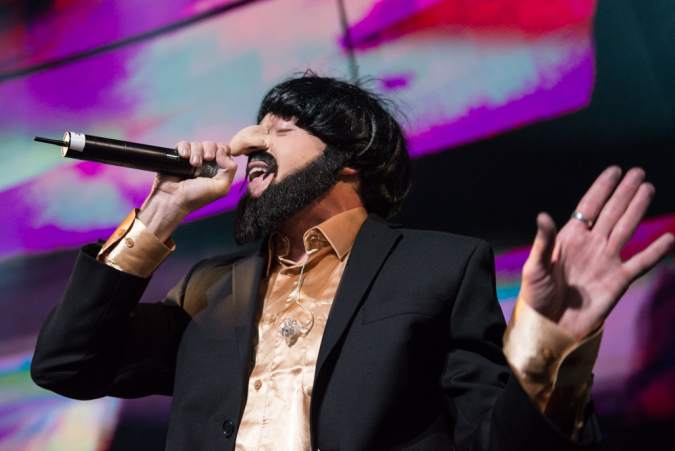 As reported yesterday, the rapper found himself in hot water following an on-stage appearance that many – Seth Rogen among them – interpreted as anti-Semitic.  On Friday, Macklemore performed his signature tune ‘Thrift Shop’ at Seattle’s EMP Museum, dressed in a curly black wig and hooked prosthetic nose – at the very least, a fairly cataclysmic gaffe.

Following a short Twitter response (“A fake witches nose, wig, and beard = random costume. Not my idea of a stereotype of anybody”), Macklemore has now released a full statement about the incident.

In the post, Macklemore says that the costume choice was entirely random: the nose was a standard issue hag’s conk, and the beard was long and black because “that’s the furthest colour from my natural hair.” He apologises to anyone who was inadvertently offended by the costume, and “acknowledge[s] how the costume could, within a context of stereotyping, be ascribed to a Jewish caricature.” He also writes that “there is no worse feeling than being misunderstood.”

‘Thrift Shop’ recently topped Billboard’s list of the top 100 tracks in the history of the Hot Rap Songs chart.