Ariel Pink: “Everybody’s a victim, except for small, white, nice guys who just want to touch some boobies” 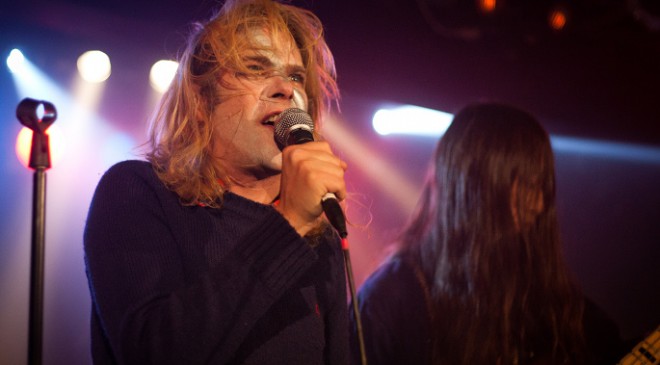 Ariel Pink‘s already pissed off half of the indie world, and now he’s aiming for the masses.

The Haunted Graffiti singer, who showed some particularly nasty colours in an interview earlier this year, took aim at Madonna – who he claimed wanted him aboard her new album – in an interview this month.

An army of Madonna fans took to Twitter to berate him for his comments, while Grimes claimed that his “delusional misogyny” was “emblematic of the kind of bullshit everyone woman in this industry faces daily”.

In a new interview with the New Yorker, Pink responds to the Madonna reaction – as well as MySpace’s claim that he was the most hated man in indie rock. And it’s pretty clear that he’s now just trolling. From the piece:

In the car, Pink began to explain his feelings of persecution while fingering a cigarette with one hand and scrolling Twitter with the other. “What if I committed suicide and tweeted, ‘Thank you, guys. You were right’?” he said, of Twitter’s mob mentality, which he then equated with the Hutu Power movement. “This is how, uh, Rwanda happened.” His publicist, a young woman, leaned forward preëmptively from the back seat. Pink was particularly irked that his criticism of Madonna had been deemed misogynistic, a charge that he has faced before. “Everybody’s a victim, except for small, white, nice guys who just want to make their moms proud and touch some boobies,” he said. His publicist gave up.

It’s almost as if he has an album to promote. [via Stereogum]