Damon Albarn suggests Gorillaz might carry on without Jamie Hewlett 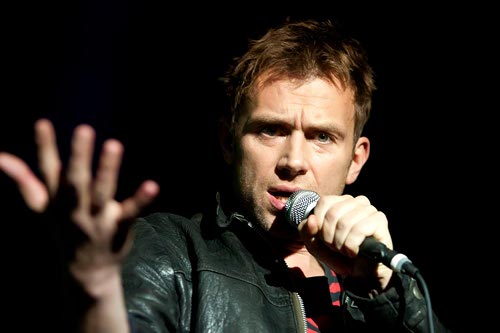 Damon Albarn continues to chuck out mixed signals about the future of Gorillaz.

Having fairly unambiguously put the kibosh on the group, Albarn suggested last week that the cartoon combo might ride again after all. As NME report, Albarn’s now sprinkled a little more mud into the water.

In an interview with Shortlist, Albarn suggested that he may well go ahead with a Gorillaz album sans erstwhile collaborator Jamie Hewlett. In Albarn’s words: “It was very much Jamie [Hewlett] did the visuals and I did the music. The music won’t change, so there could be another Gorillaz record tomorrow. It wouldn’t necessarily have Murdoc – the cartoon aspect to it – but musically, no, nothing’s changed whatsoever”

Albarn also suggested that he hopes he and Hewlett will be able to set aside their differences and eventually work on a new record. “Jamie wants to do other things and I understand,” he said. “But you never know, in a few years he might have a burning desire to draw those pictures again, and as soon as he does that, as far as I’m concerned, there could be another Gorillaz album.” It seems like the only way anyone’s going to pin Albarn down is with that heavy-looking Blur box set.